Countdown to a successful satellite launch

OSC is delighted to be awarded a Silver Graphis International Award in the ‘Branding’ category for our client EUMETSAT, for the launch of EUMETSAT’s Metop-C satellite.

Working closely with EUMETSAT the creative impact was an astounding success, as the ‘C’s the day’ campaign built a solid engagement between the EUMETSAT brand and Europe’s scientific community.

Graphis is committed to presenting and promoting the work of exceptional talent in Design, Advertising, Photography and Art/Illustration. The Graphis Institute is dedicated to promoting and celebrating the most compelling work from global talents in Design, Advertising, Photography and Illustration art. With over 150,000 individual pieces of work in its repository, Graphis has the most significant collection of creative excellence worldwide and includes one of the most extensive archives of the work and biographical material from all periods dating back to 1944. 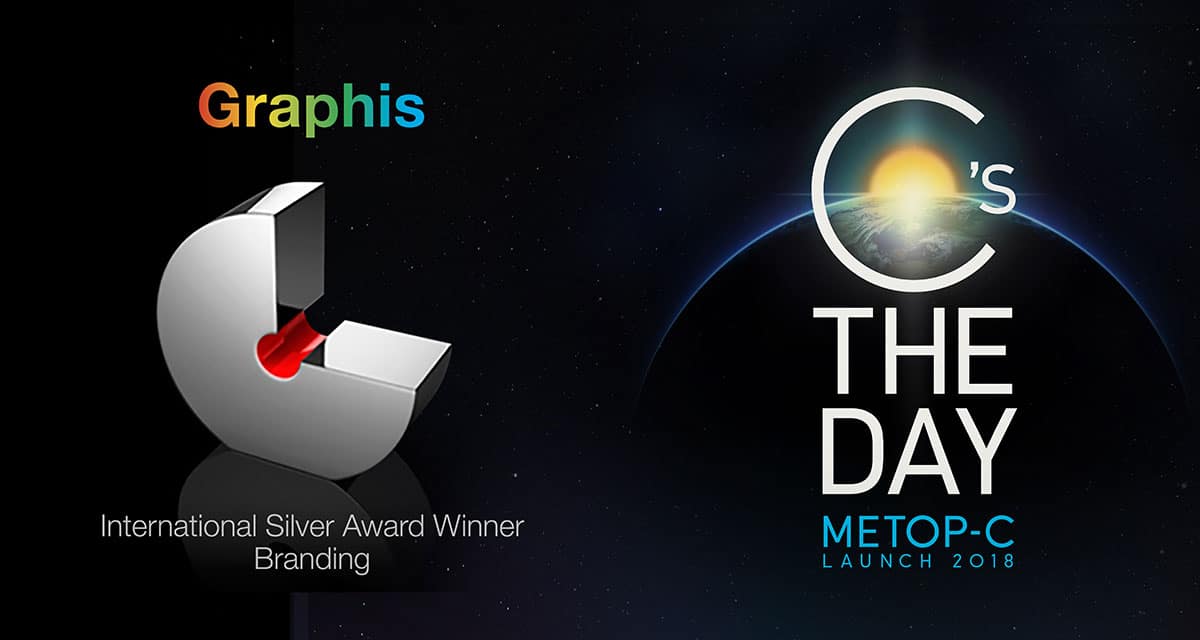 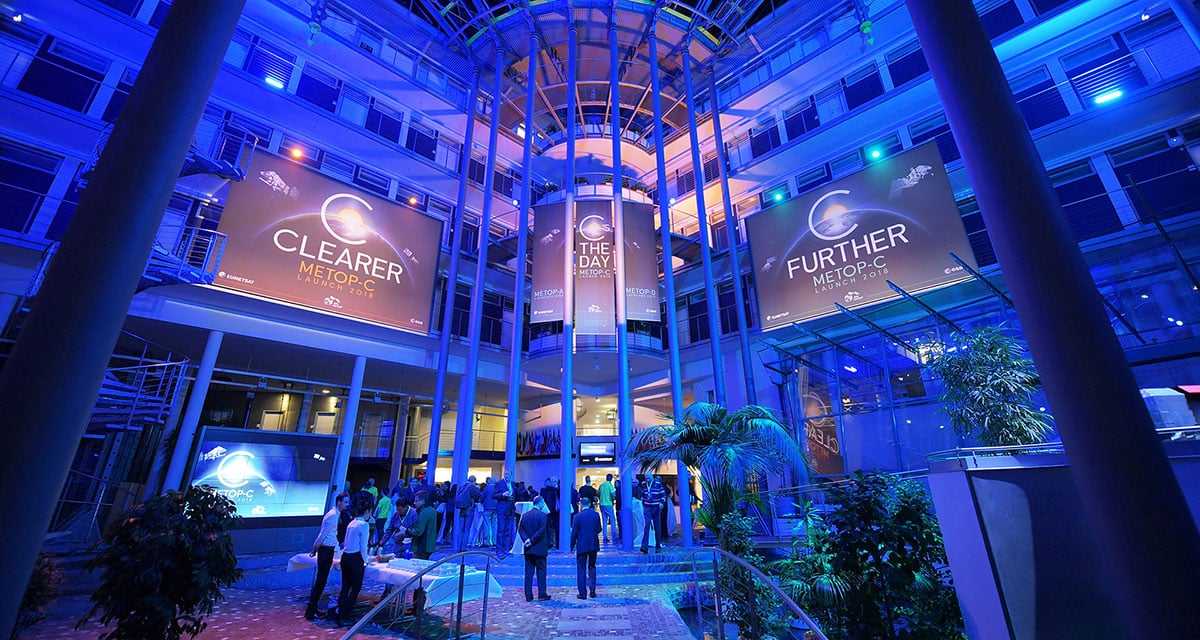 HSBC is one of the world’s largest banking and financial services organisations serving around 46 million customers. HSBC’s aim is to be acknowledged as the world’s leading and most respected international bank. Headquartered in London, HSBC operates through long-established businesses and an international network of around 4,400 offices in 71 countries and territories.

HSBC at the time was a virtual unknown to the general Canadian public, so a Canadian ‘Point of View’ brand strategy was needed across all media and where print, online, OOH, and subway station domination played a leading role.

All above and below the line creative execution was developed for the large-scale re-branding to the Canadian market. These Canadian executions led creative thinking worldwide and were adopted by HSBC as global best practices. 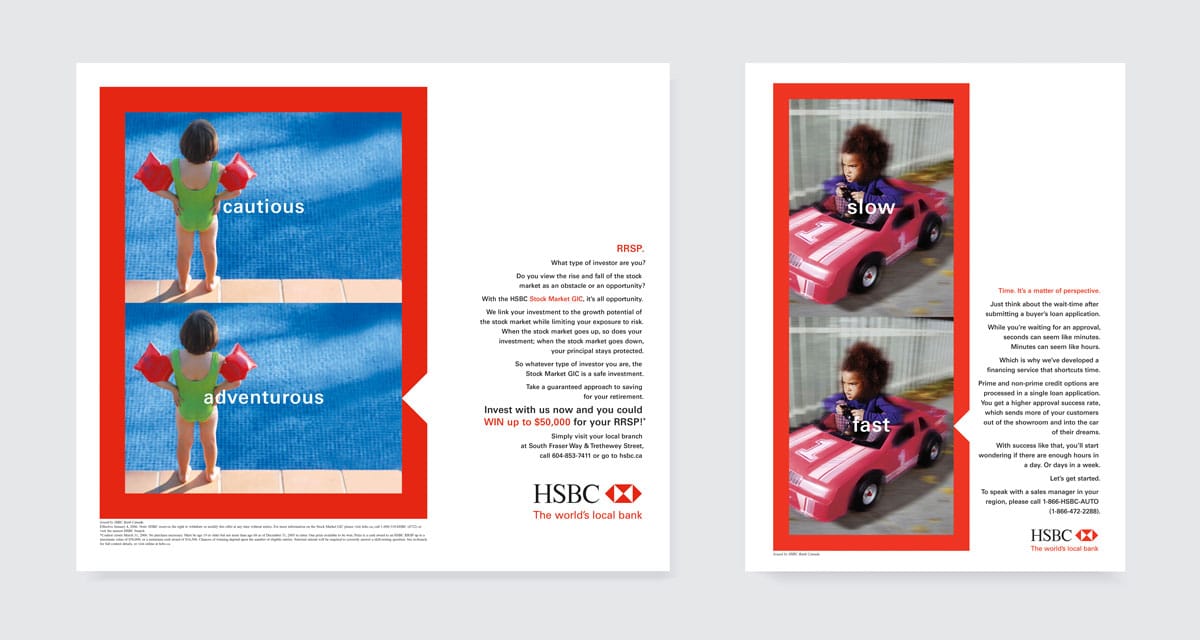 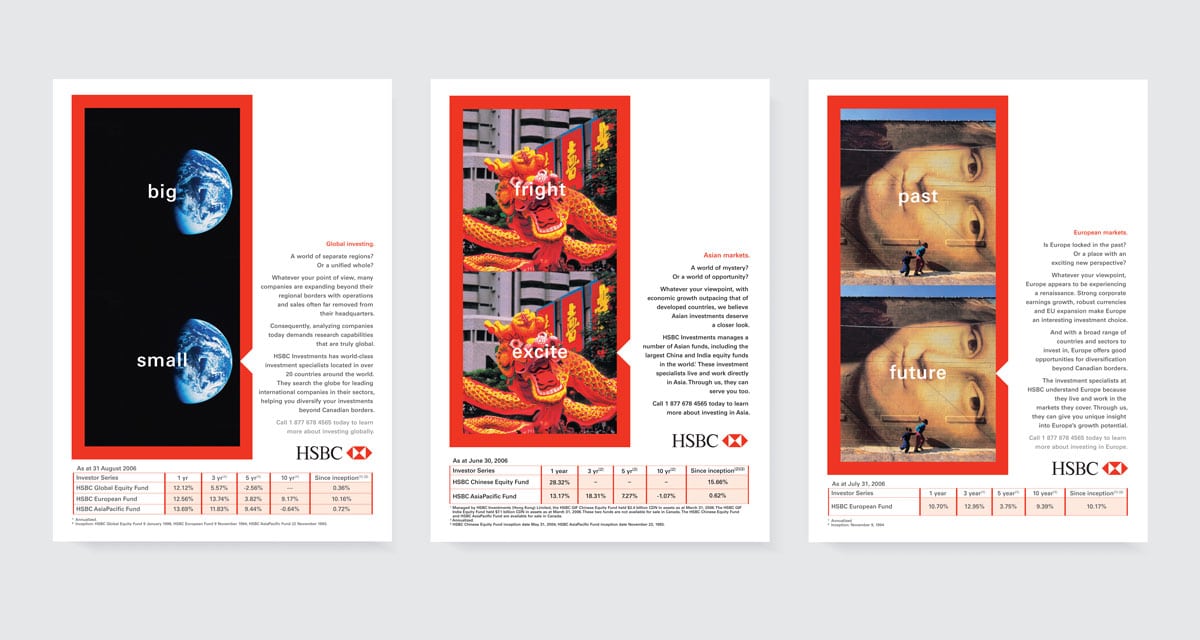 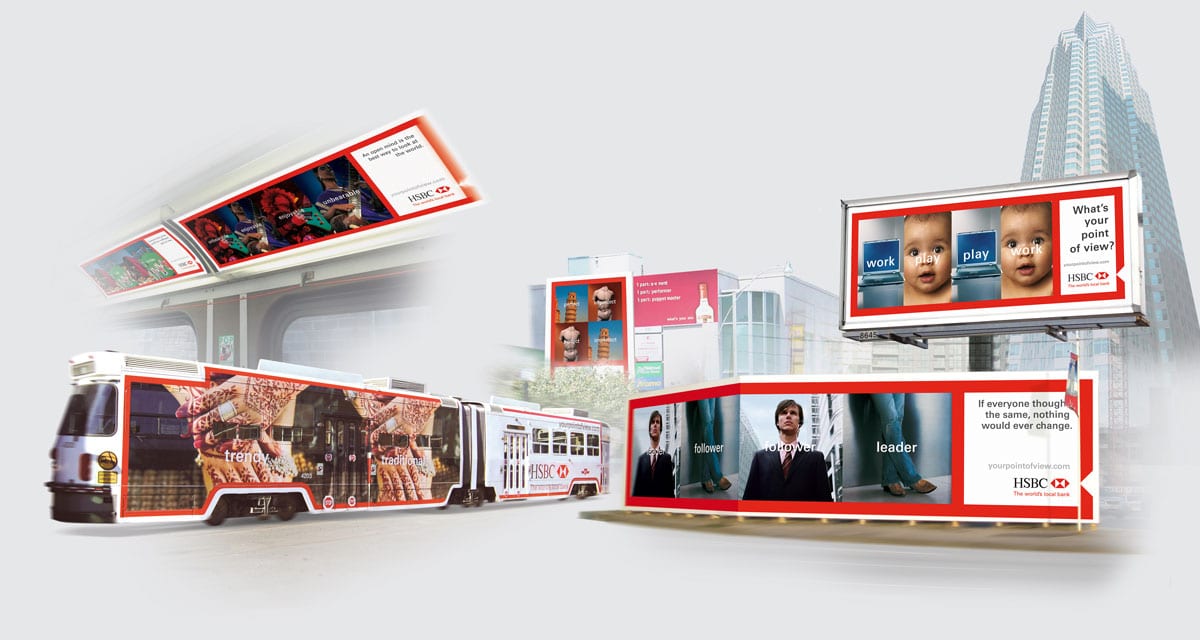 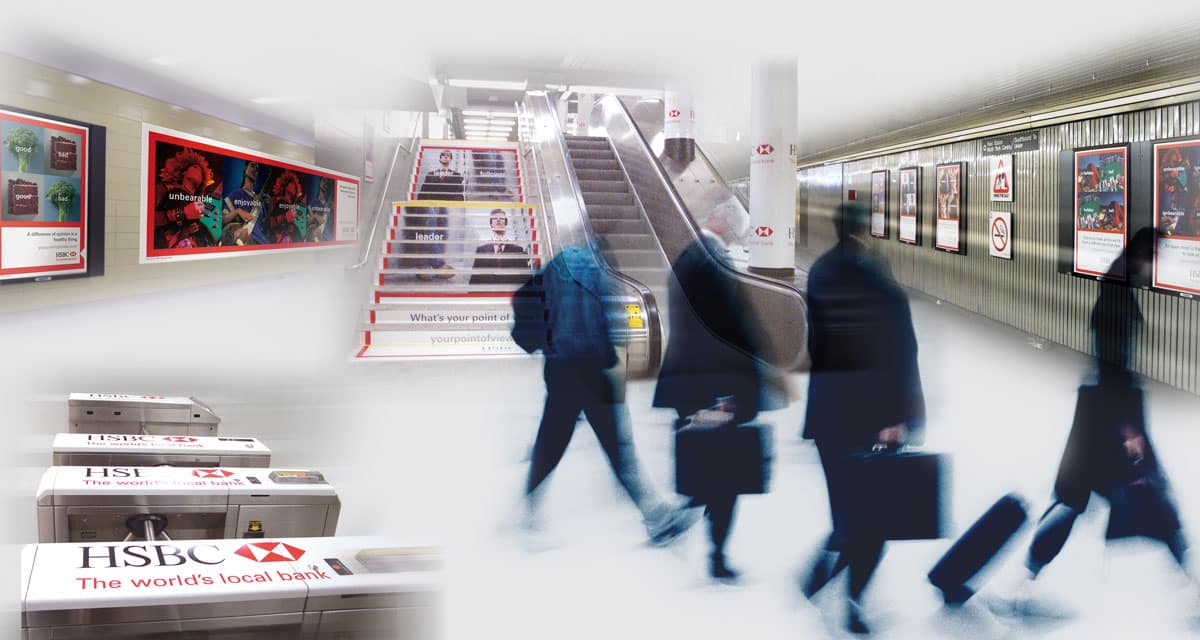 We were delighted to be awarded two Silver Graphis International Awards in the ‘Branding’ and logo design category for EUMETSAT’s 30 Year celebration.
This had been a great team effort with the EUMETSAT communications department in delivering resounding results that captured the essence of this important milestone.

Graphis is committed to presenting and promoting the work of exceptional talent in Design, Advertising, Photography and Art/Illustration. The Graphis Institute is dedicated to promoting and celebrating the most compelling work from global talents in Design, Advertising, Photography and Illustration art. With over 150,000 individual pieces of work in its repository, Graphis has the most significant collection of creative excellence worldwide and includes one of the most extensive archives of the work and biographical material from all periods dating back to 1944. 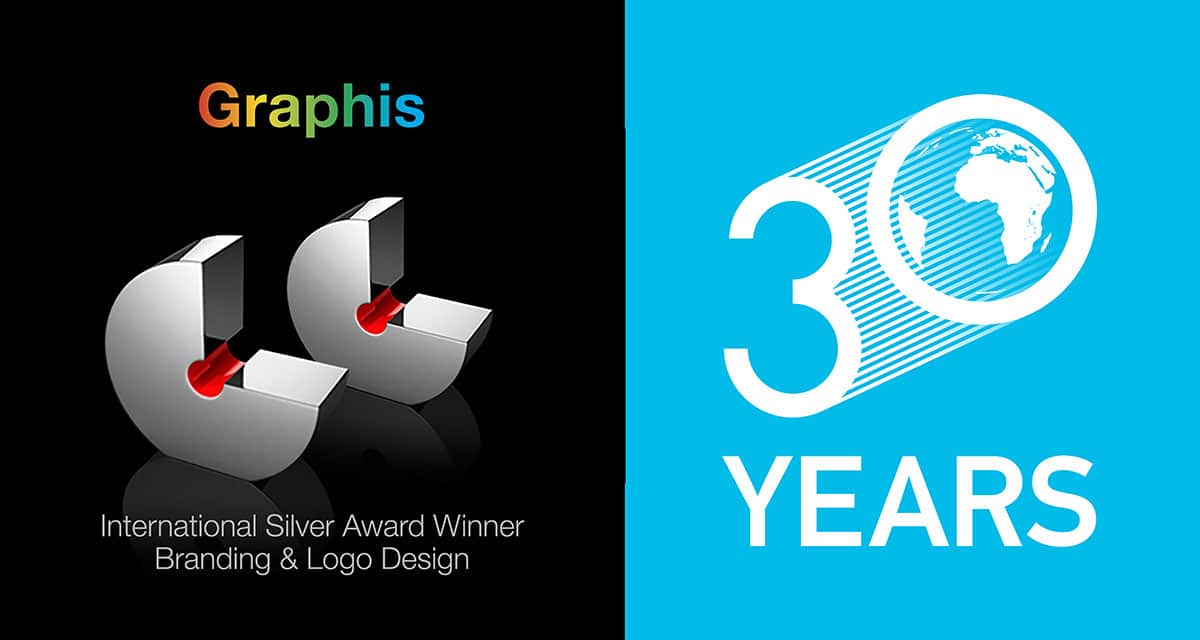 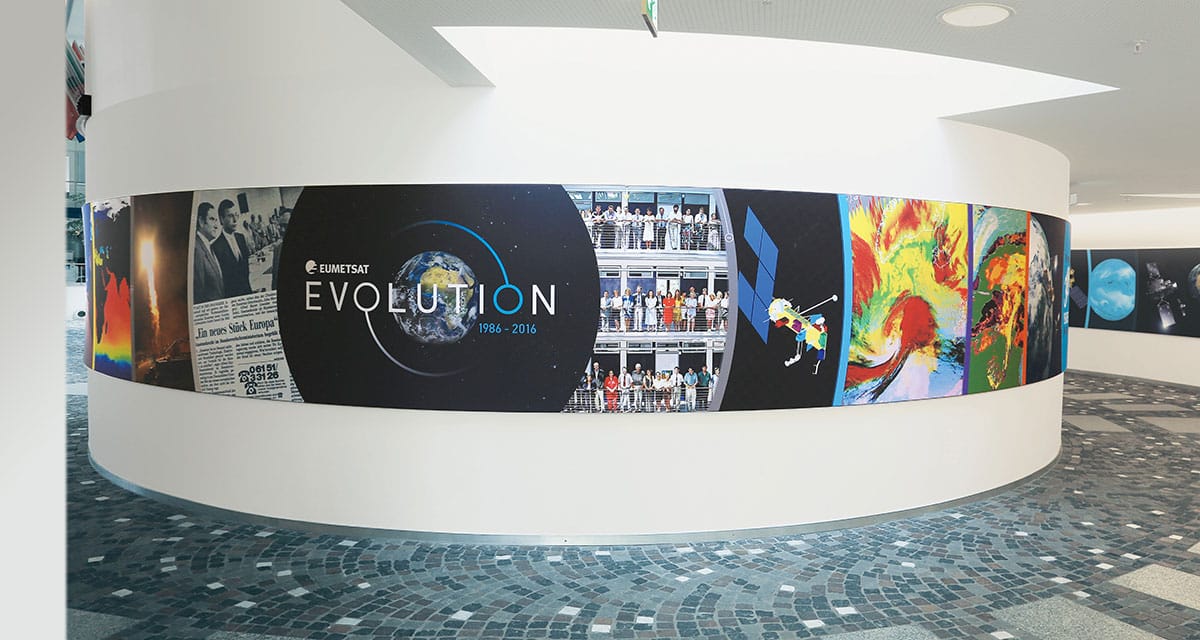 The name might suggest a madhouse, but look closer and you’ll see that Asylum Artists is a finely tuned production studio located in Toronto, Canada..

The campaign target audience was specifically directed towards Advertising & Creative Agencies. The challenge was to deliver a single minded selling proposition: Production logistics today can be a major organisational nightmare. With Asylum offering still, motion imaging and post production all in one studio, it’s the sane way to get the most done with the fewest headaches. The end result was to drive traffic to the new Asylum Artist website.

Arrangements were made with Red Lion advertising agency Toronto, to have an actor posing as a freelance Art Director. After being introduced and set up in the agency he begins to unravel due to an argument online with a client. It culminates in his smashing his computer on the floor – in frustration – and storming out of the agency. This was captured on a mobile phone and uploaded onto YouTube, with specifically targeted emails. The video began to rapidly circulate throughout the Canadian advertising community through a variety of social media channels.

The viral created the required stir within the creative industry. Was this video ‘fake’ or ‘real’? Within 24 hours the viral video was viewed 6400 times. The campaign was supported by magazine ADs, Adbase emails, banner Ads and eBlasts to drive viewers to the new Asylum website to reveal the hoax.

Headlines like “Asylum Artists punks agency with fake freelancer freak-out” began to surface in advertising and media magazines. Online conversation began “In fact it was the production values, or absence of them, that made it feel authentic. The print completes the circle and the whole thing makes sense now. I like it.” to ‘‘Is this ad effective” to Hmm… I watched that video and all I saw was some angry freelancer throwing a hissy fit. It fooled me”. 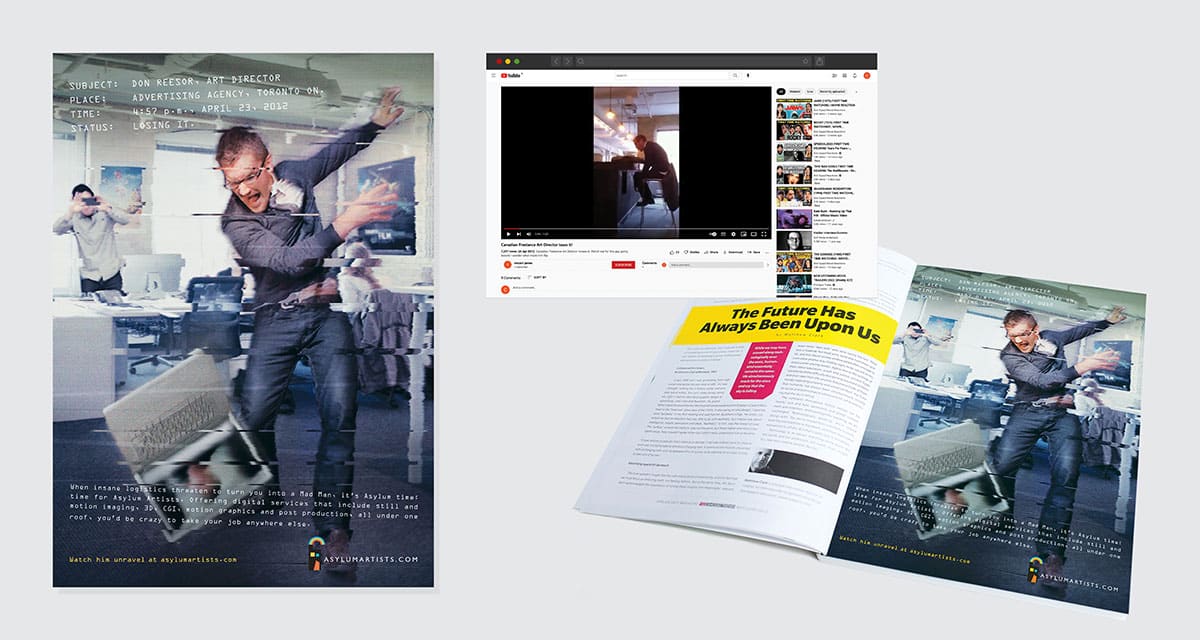 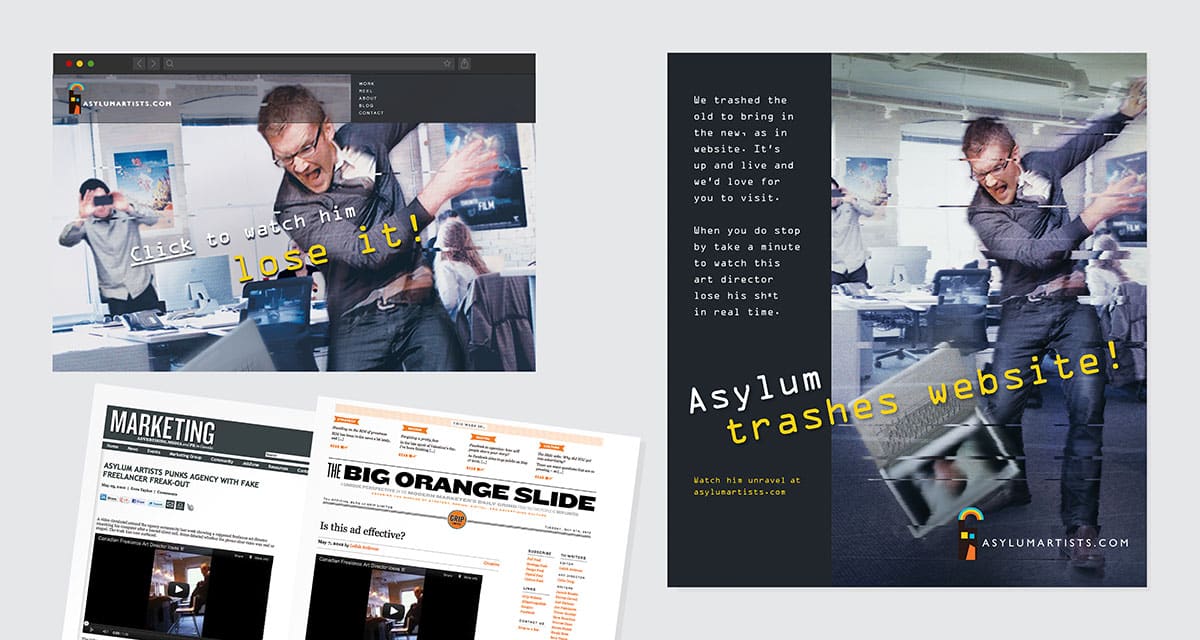 The power of successful partnerships

OSC worked in partnership with the advertising agency, Barrett & Welsh Toronto, Canada in winning a Bronze Award in the branding category at the Summit International Creative Awards for Newton’s Grove School. A student-focused private school for children from JK through Grade 12, Newton’s Grove is located in Mississauga, Ontario, Canada. The new campus is located on an old apple orchard surrounded by abundant green space. The state-of-the-art facility is bright, modern, and designed to stimulate and support every aspect of a student’s development. 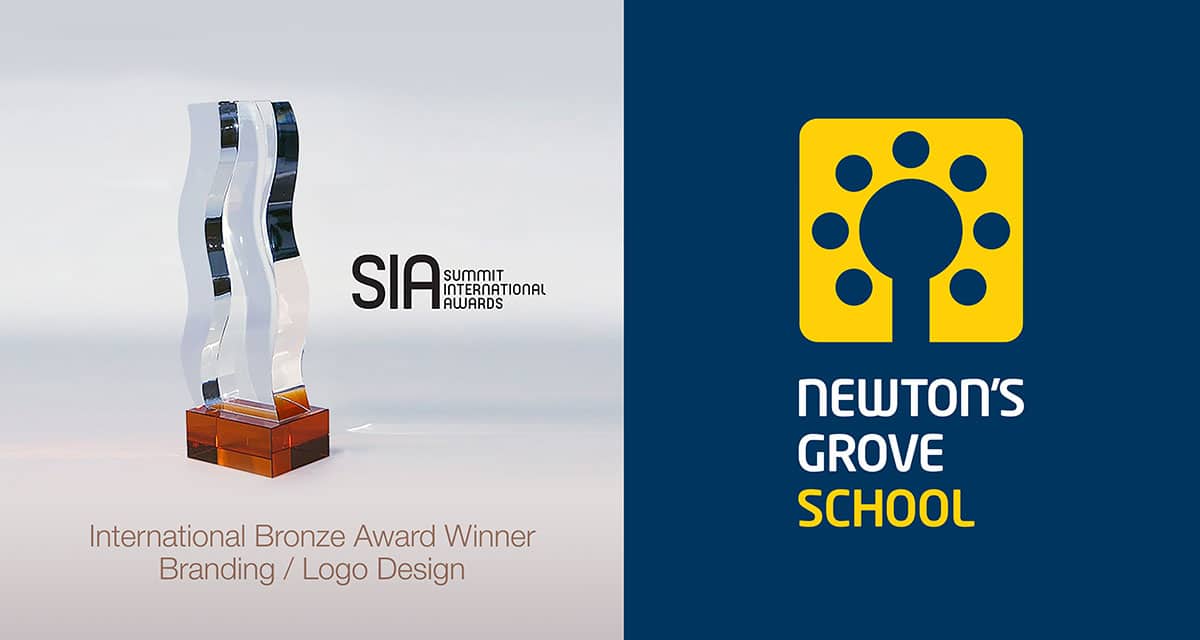 Shaw Media is home to many of Canada’s most-loved television brands. Twenty-five million Canadians weekly count on Shaw Media for their news, information and entertainment. Shaw’s conventional television network, Global Television, reaches almost 100% of Canadians and is complimented by 19 specialty networks including Showcase.

Lost Girl is a supernatural drama television series that premiered on Showcase TV in association with Shaw Media. It follows the life of a bisexual ‘succubus’ as she learns to control her supernatural abilities, help those in need, and discover the truth about her origins.

OSC was challenged to implement and develop new creative for the Lost Girl new season premiere with a particular focus on to the public transport commuters. The creative execution consisted of a large-scale ‘subway station domination’ roll out. This was achieved with a mix of giant wall posters, backlit signage, floor graphics and hanging banners, creating brand reinforcement by generating multiple impressions for subway riders during a single visit. 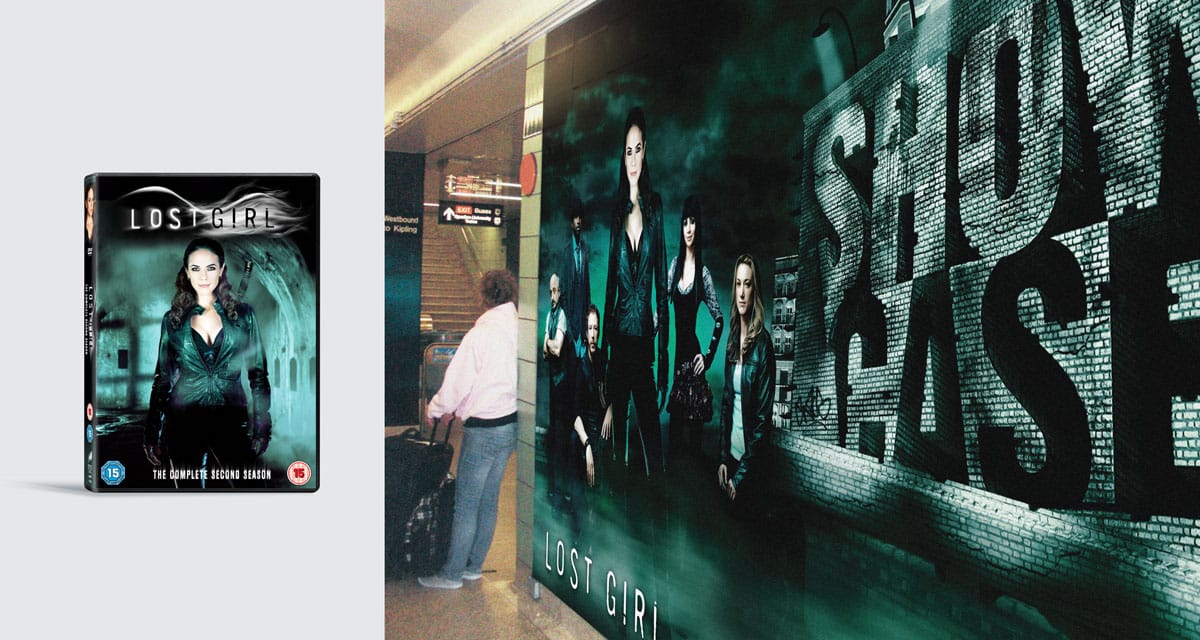 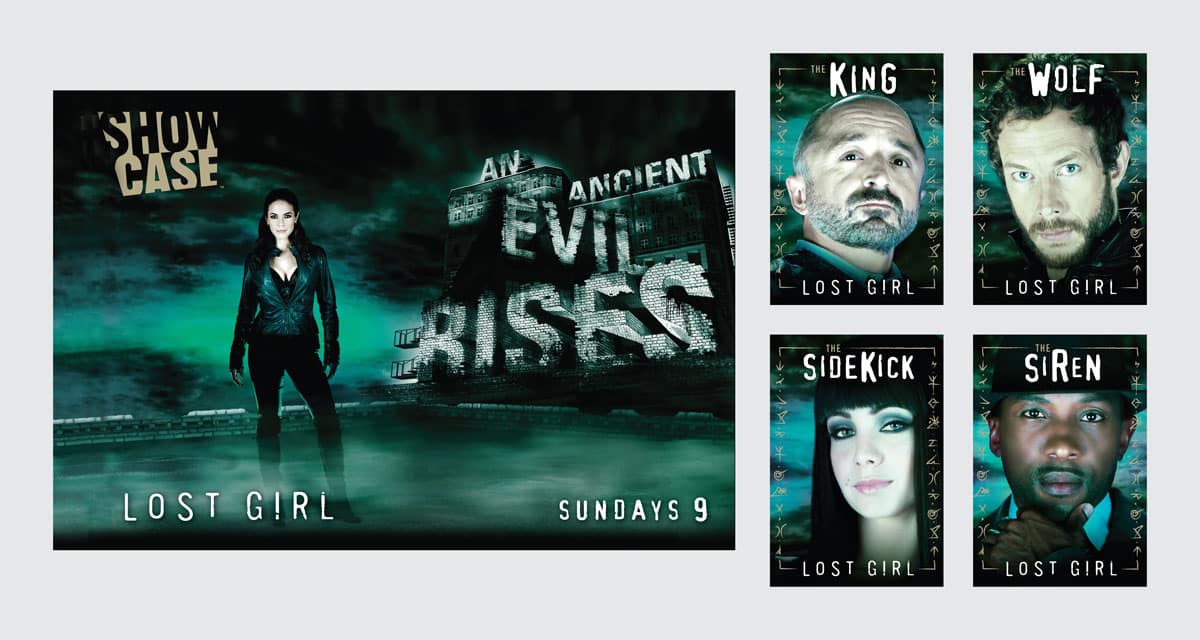 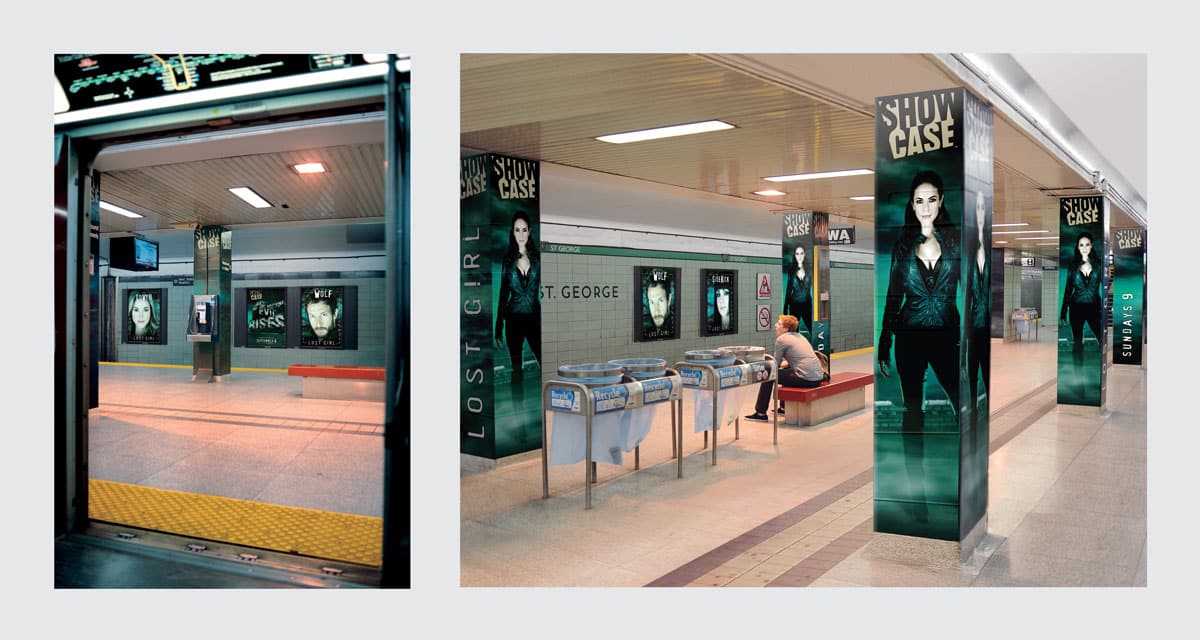 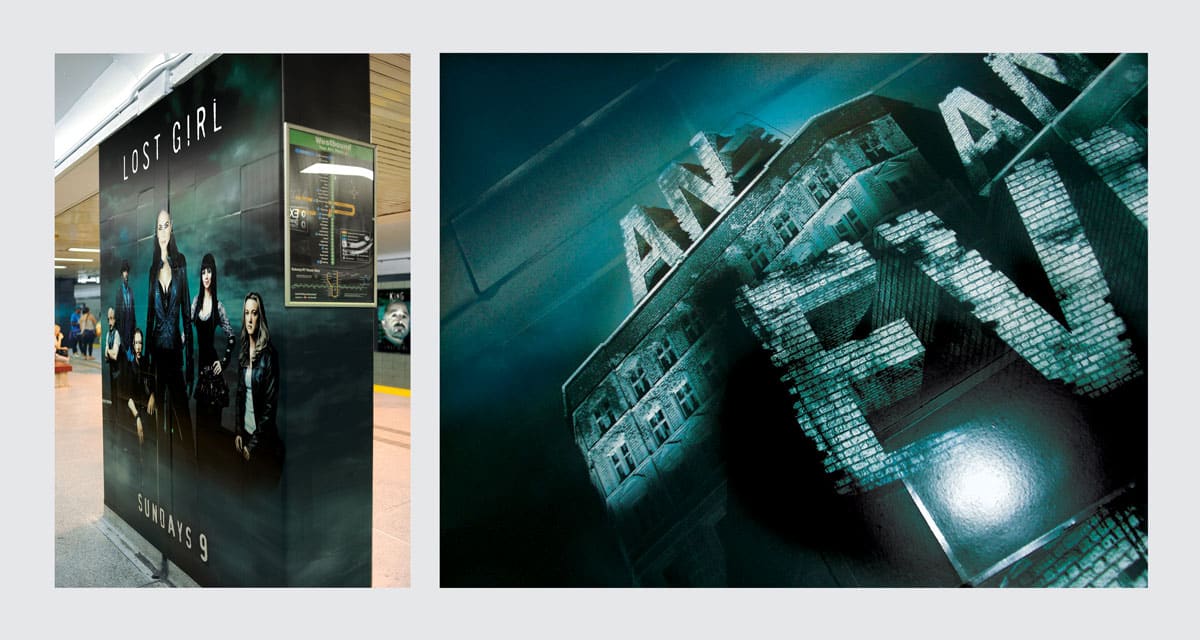