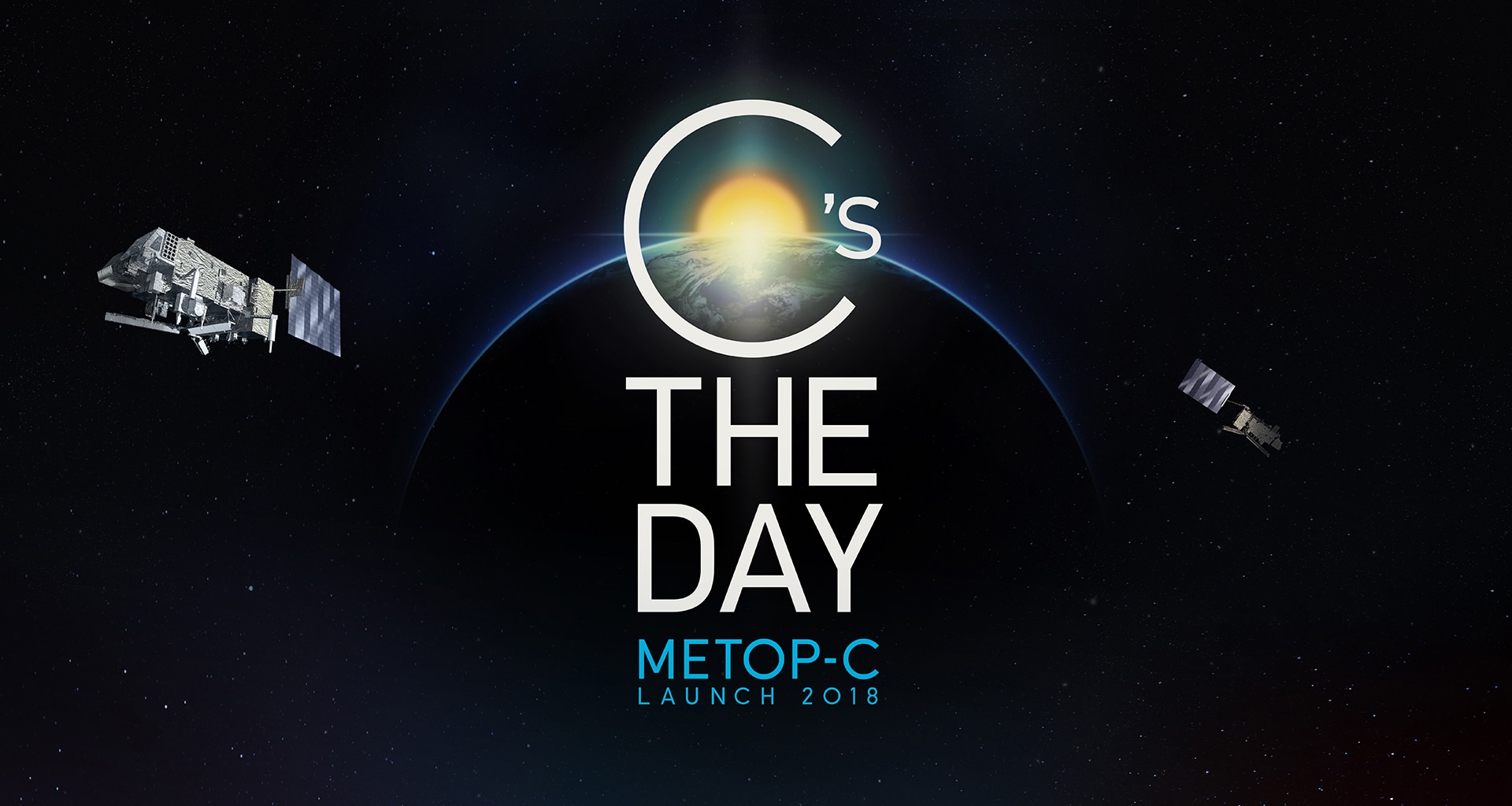 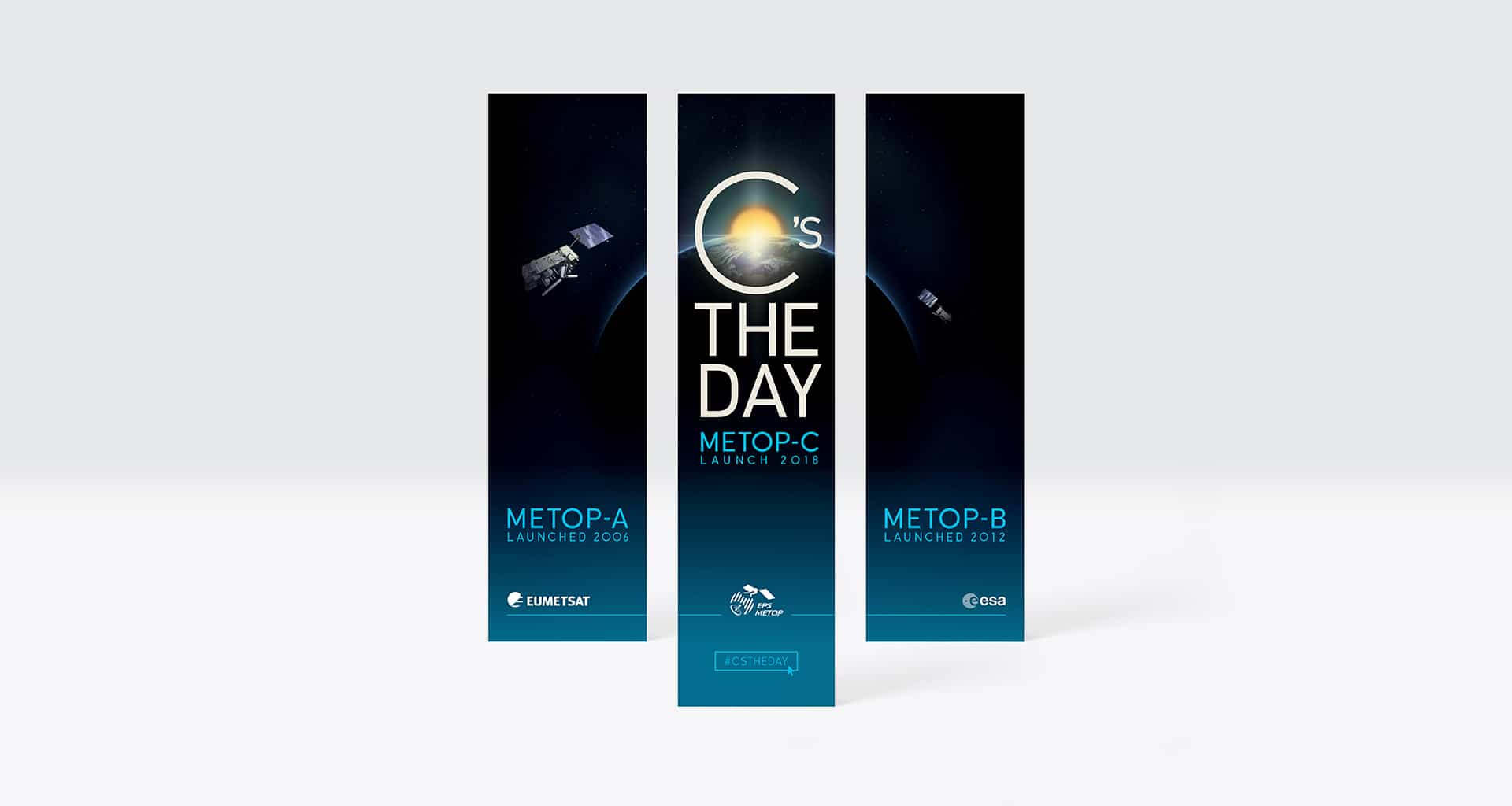 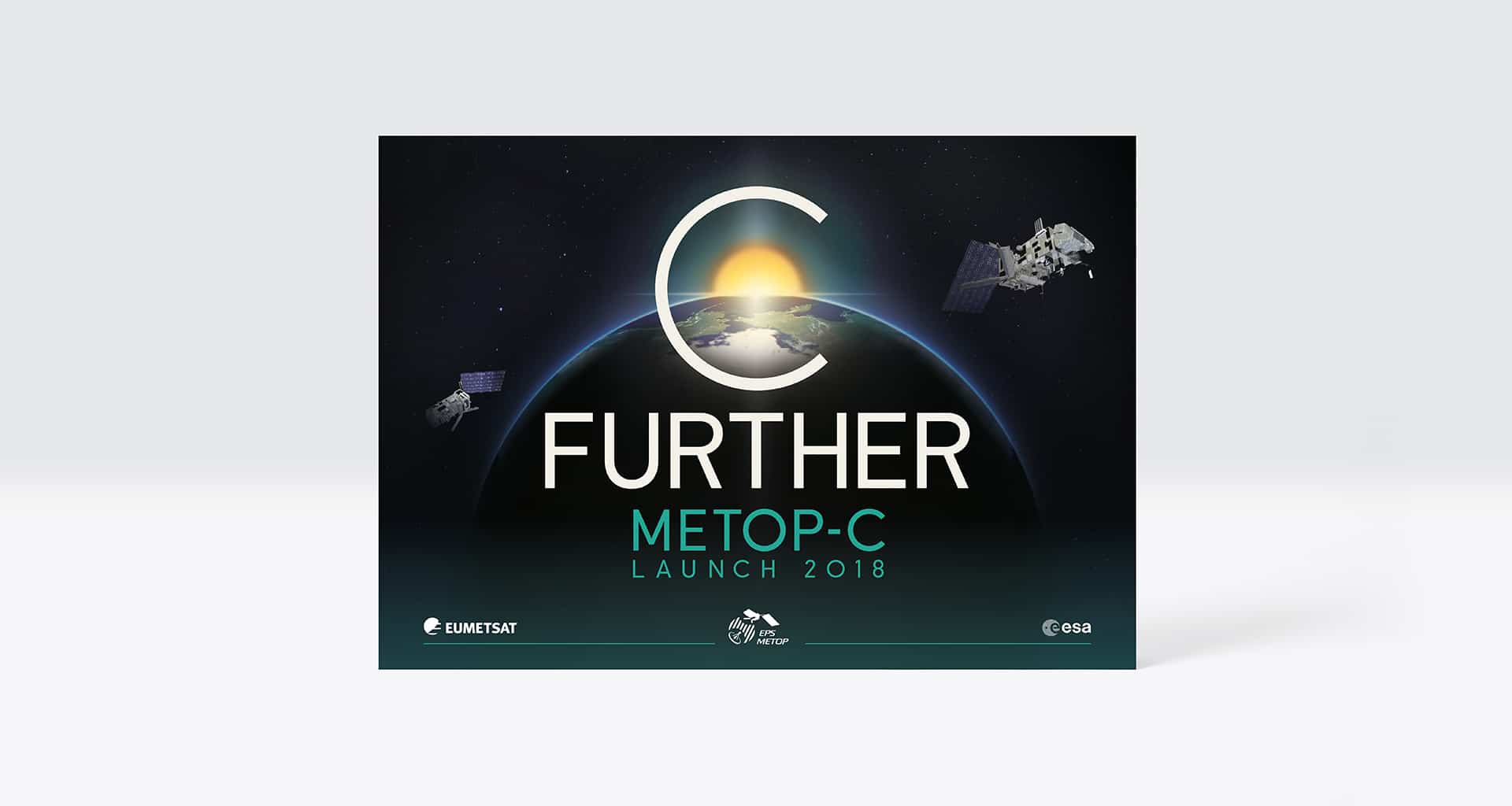 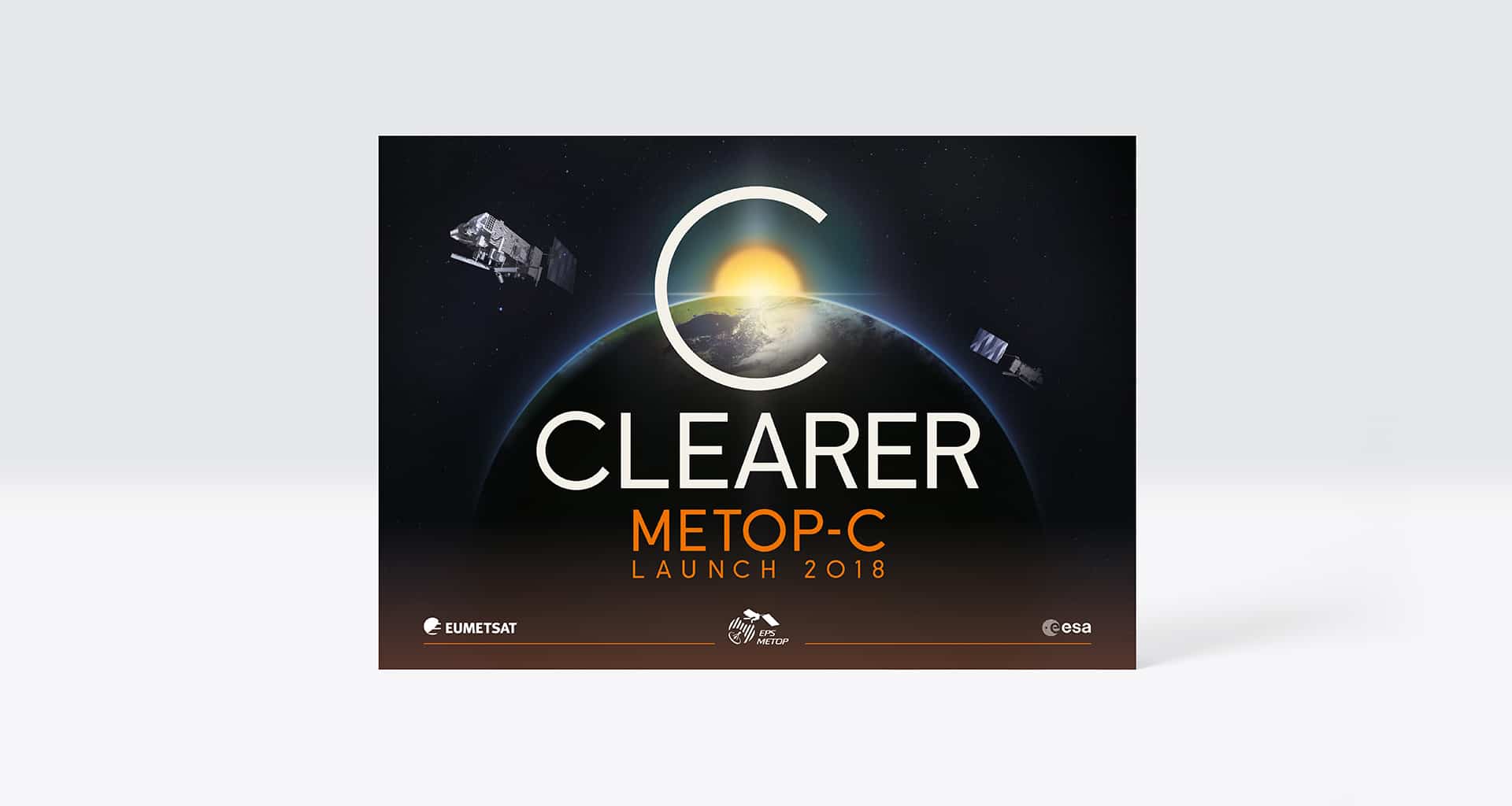 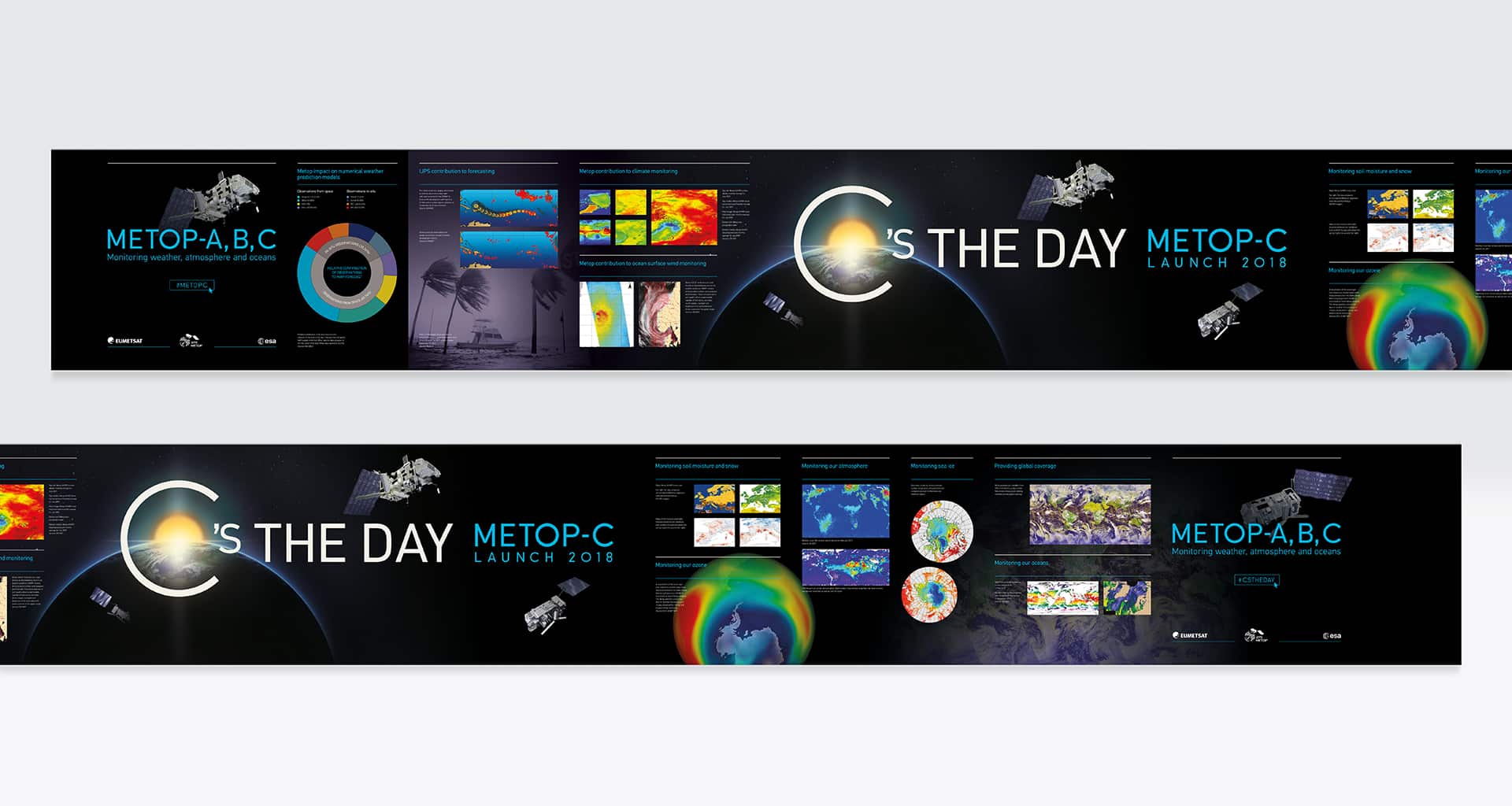 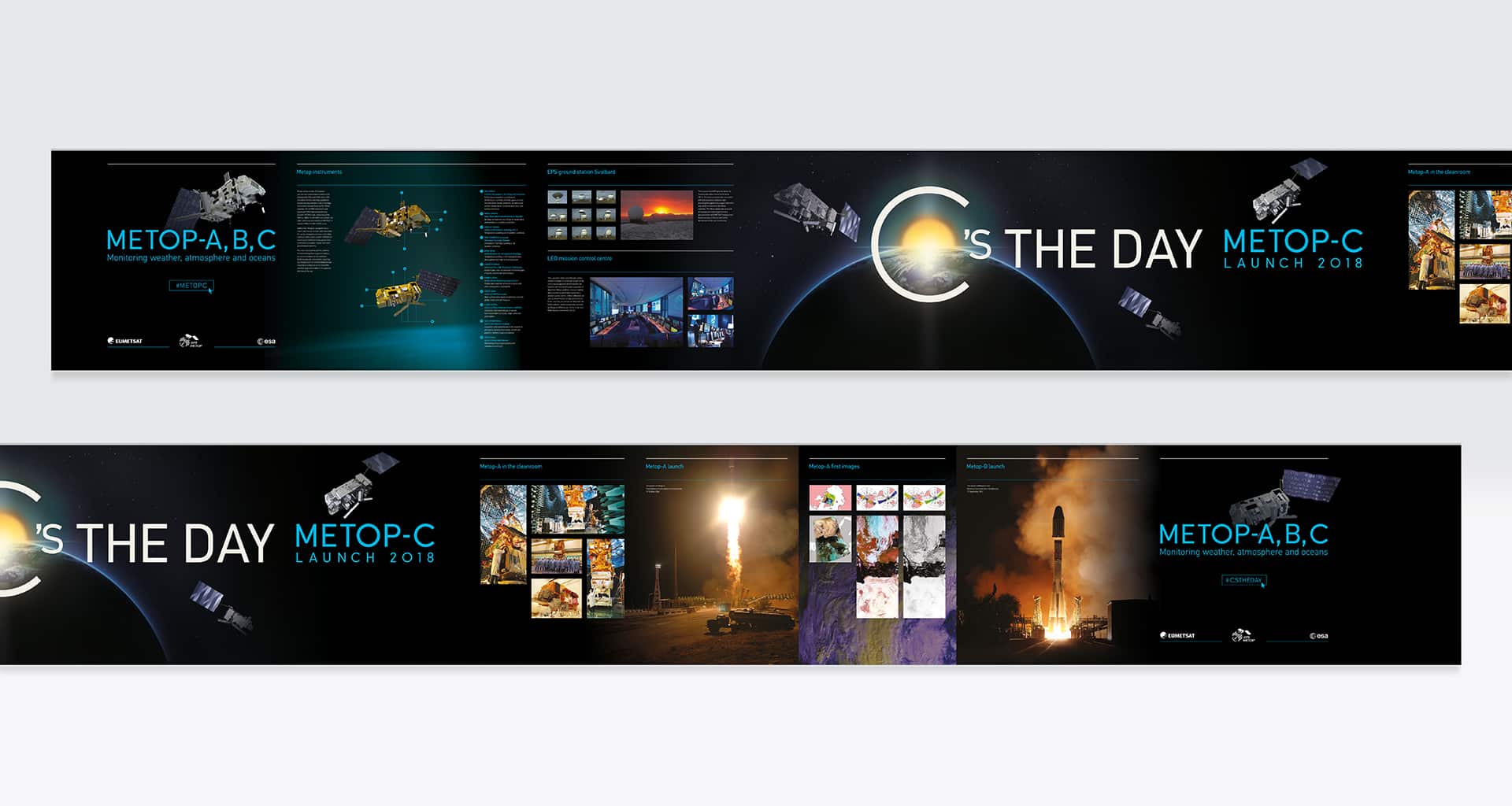 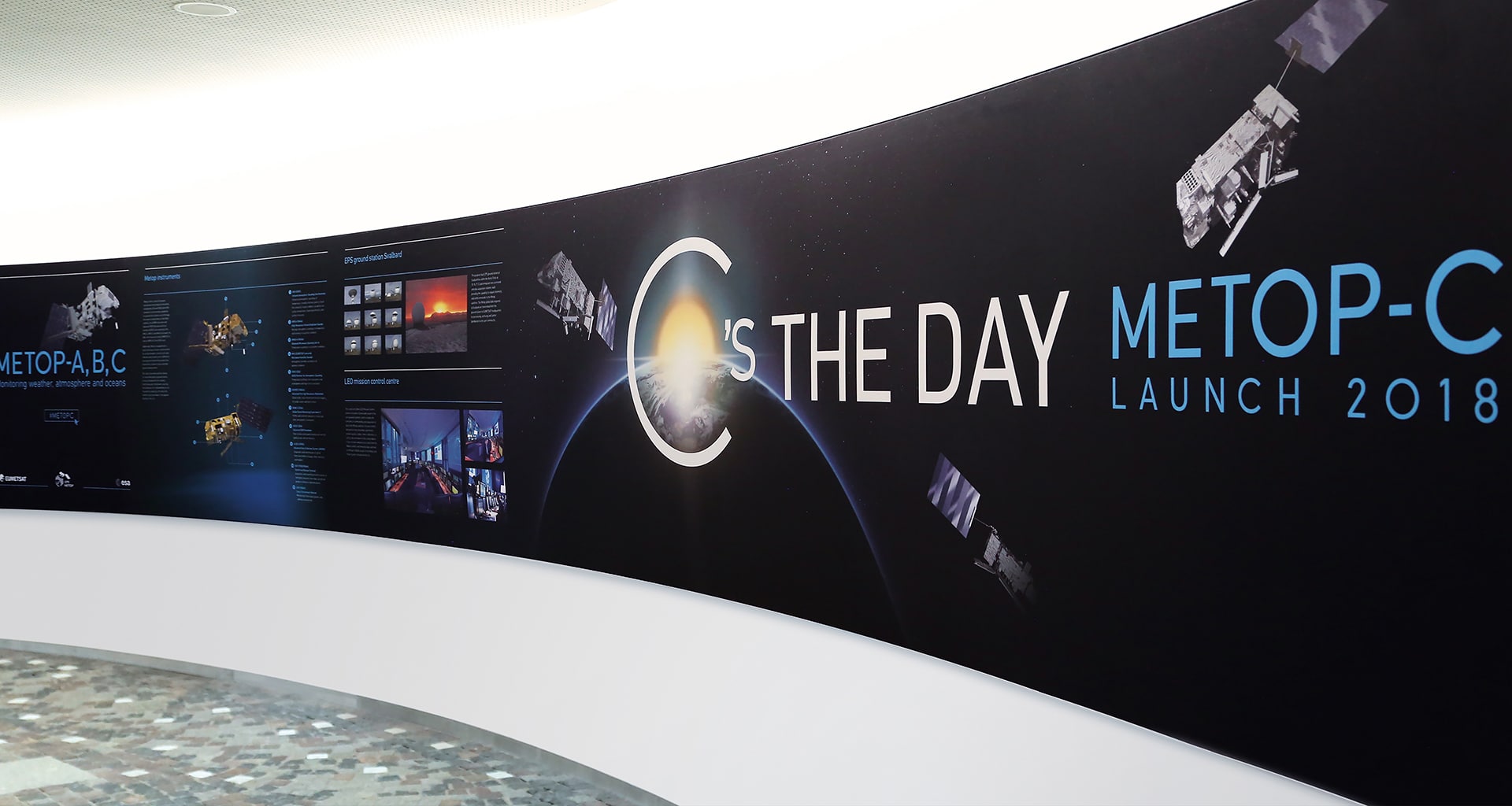 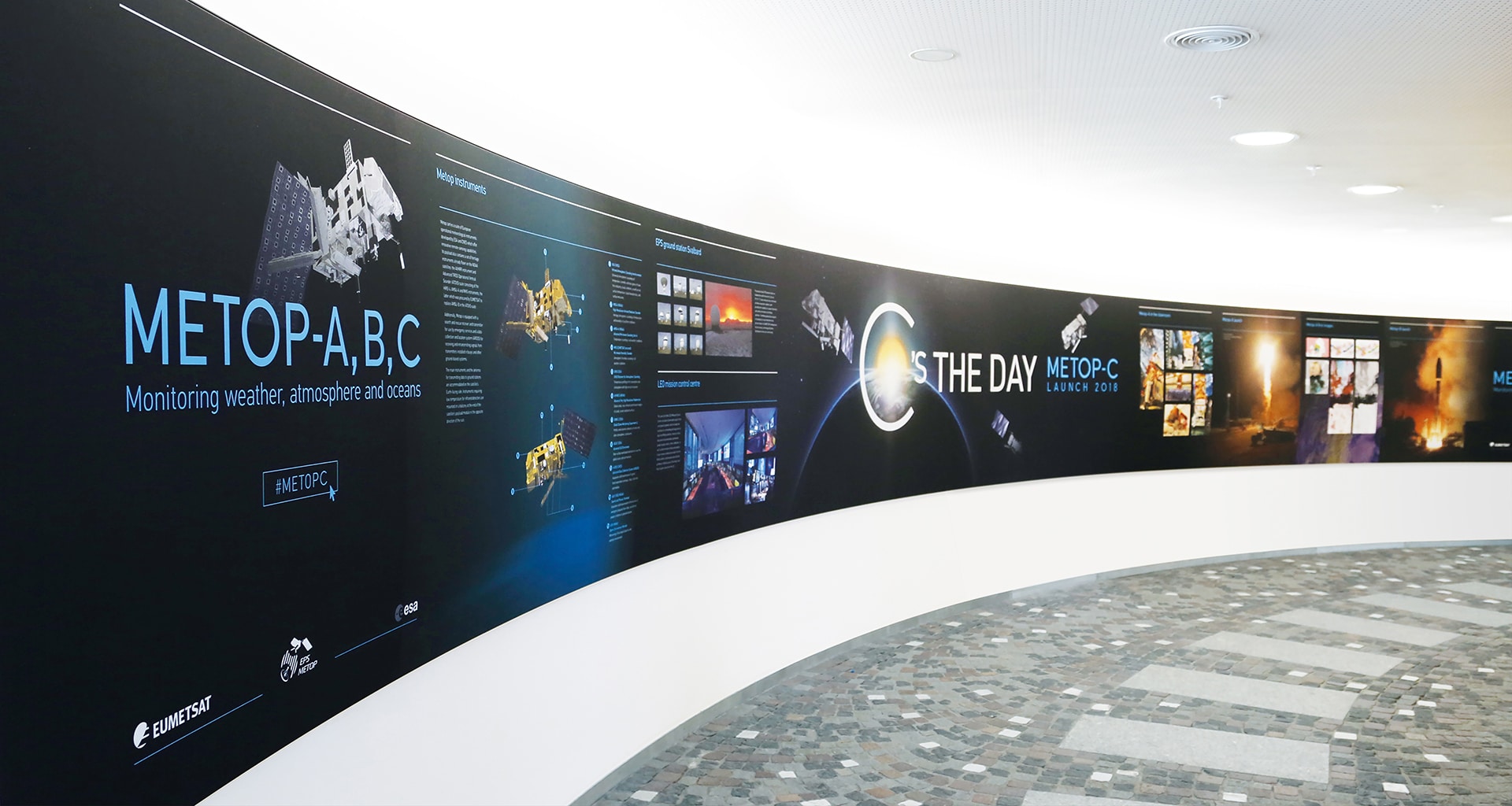 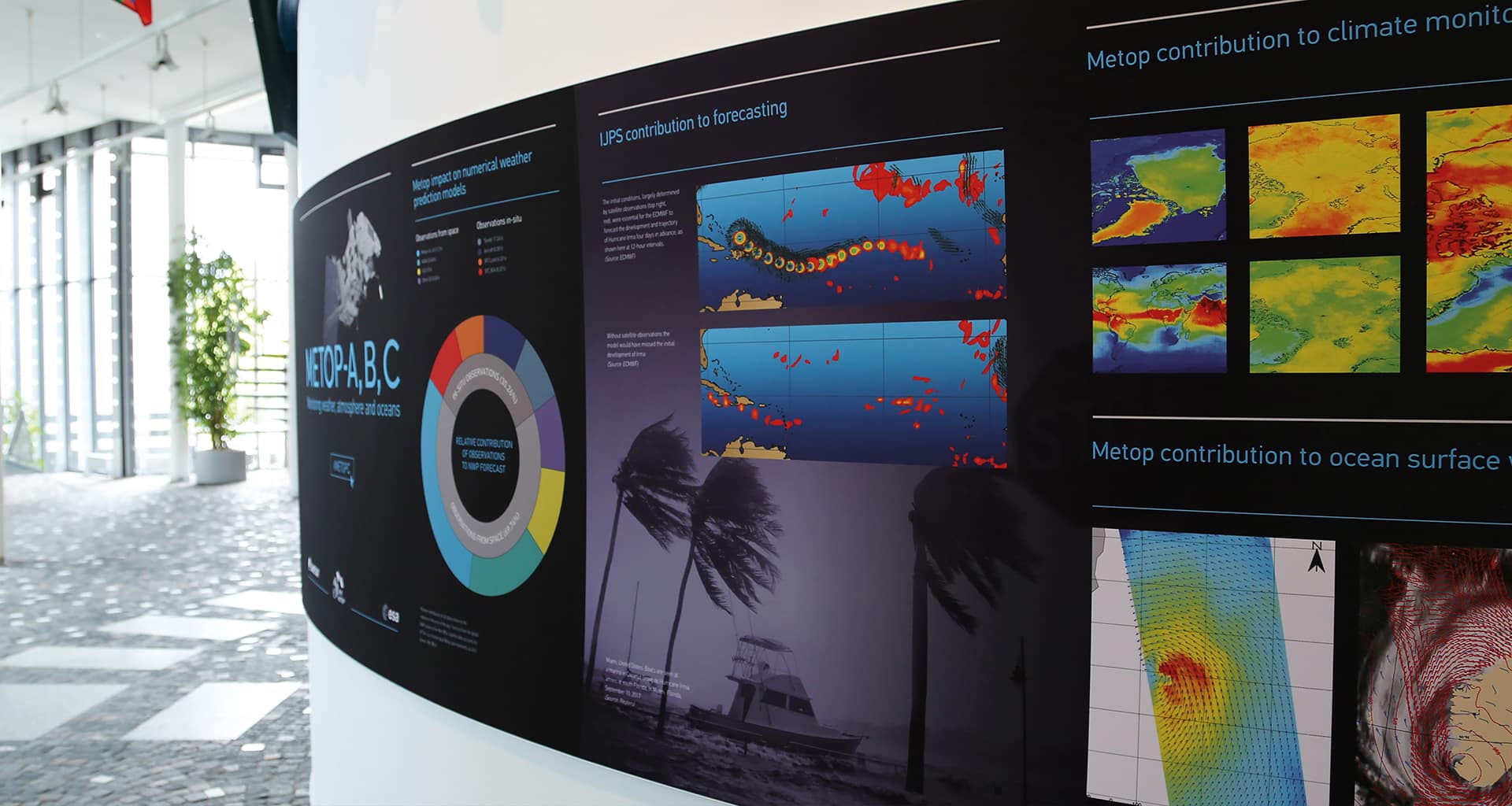 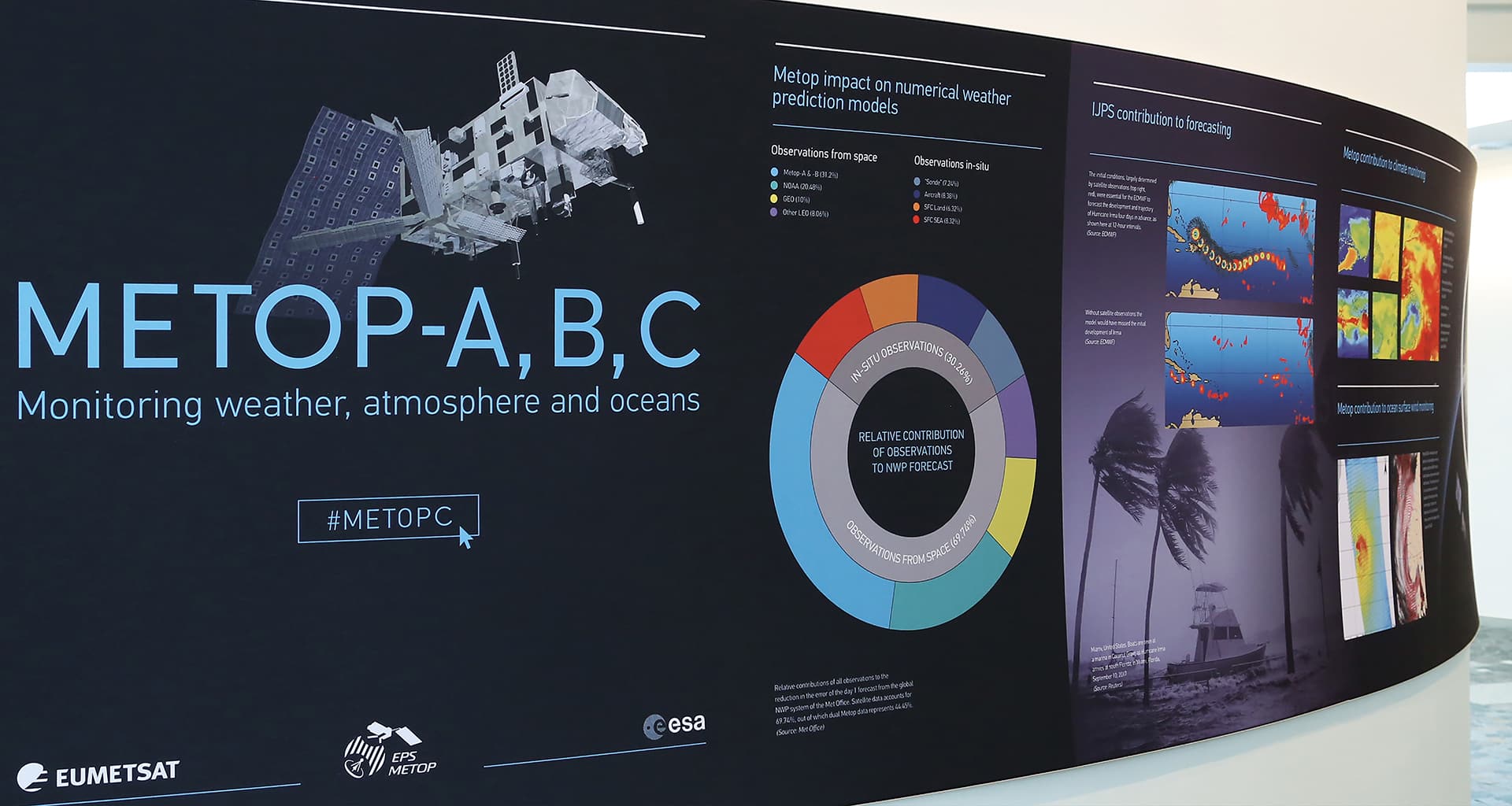 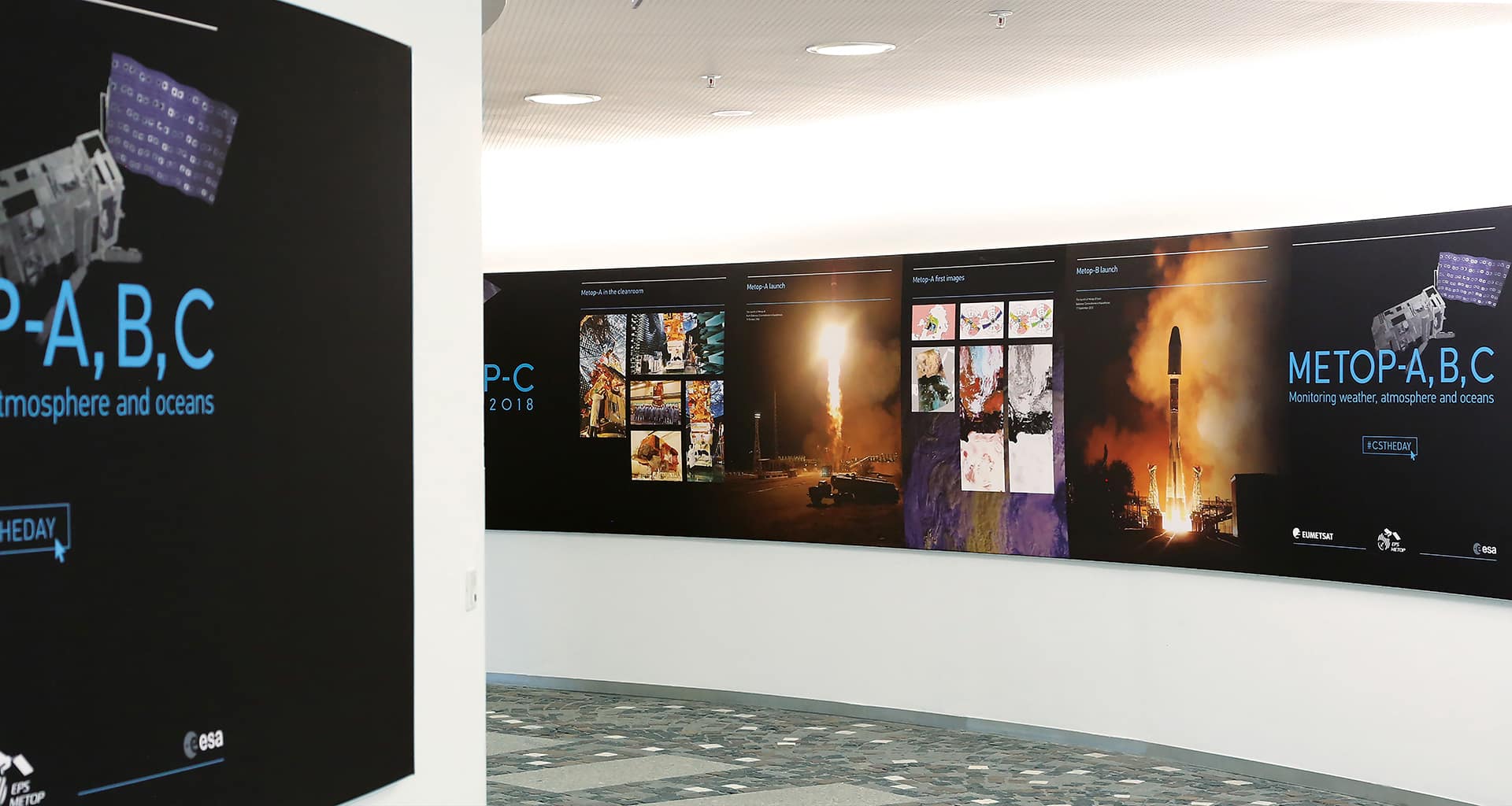 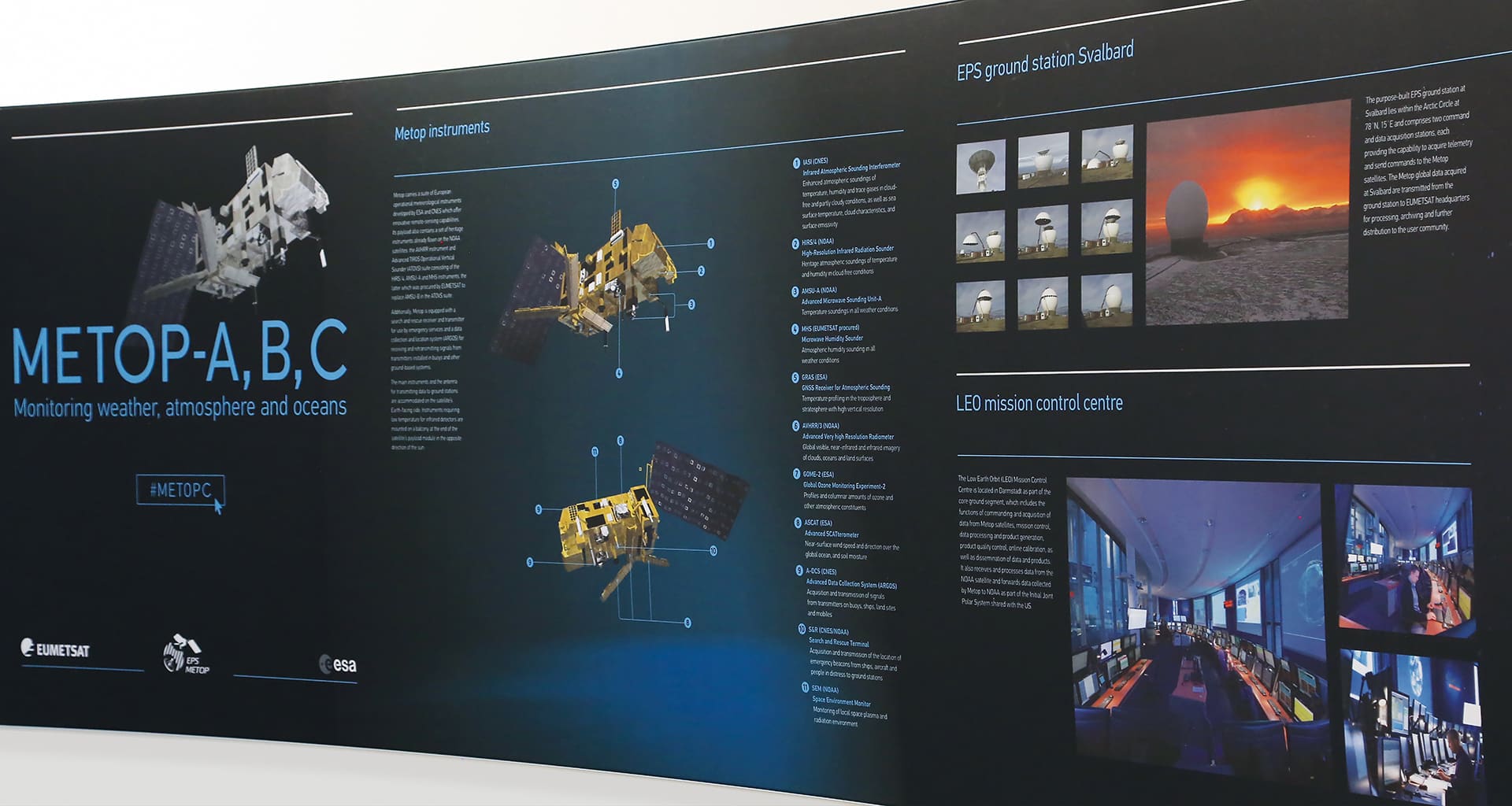 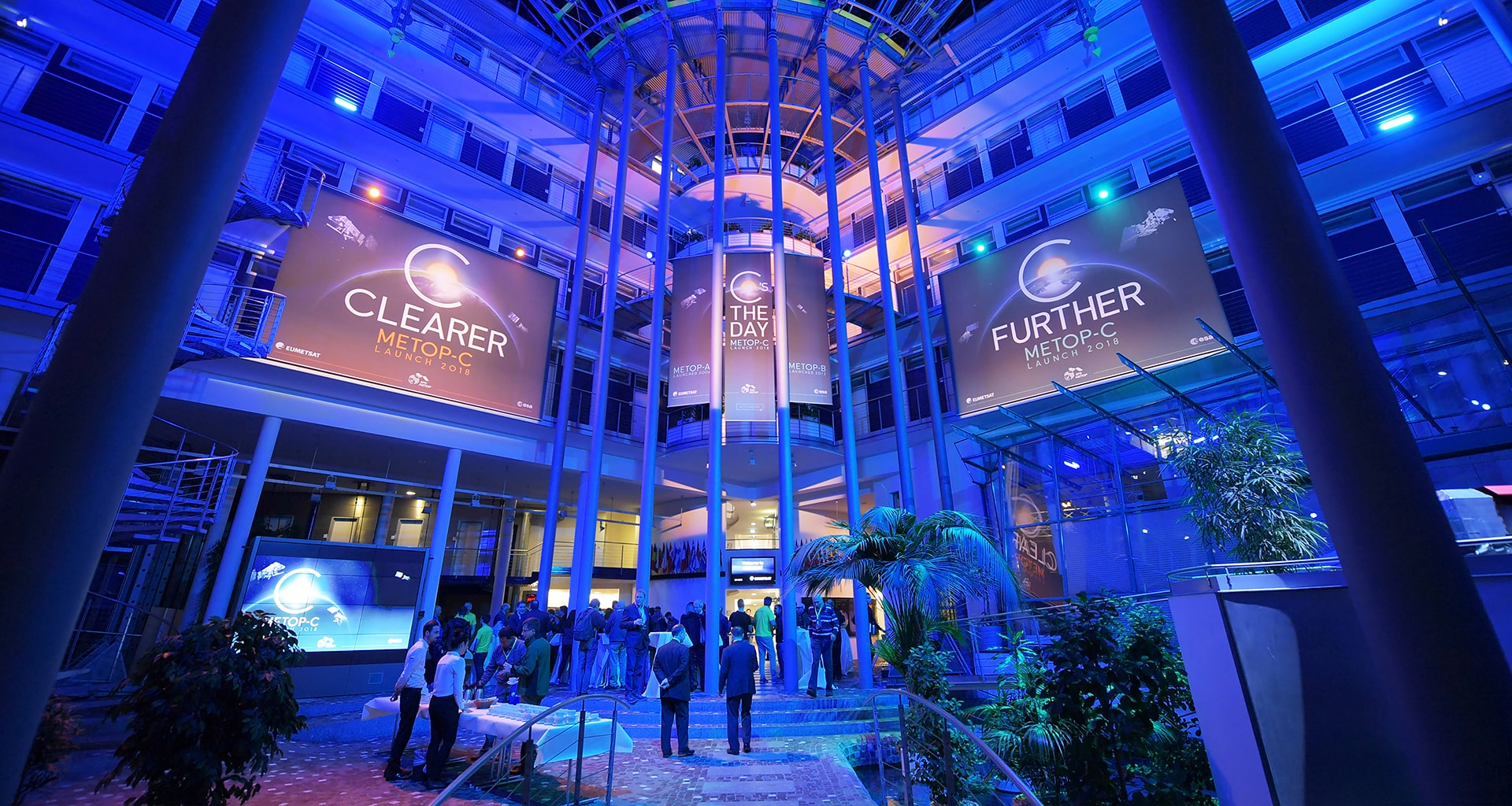 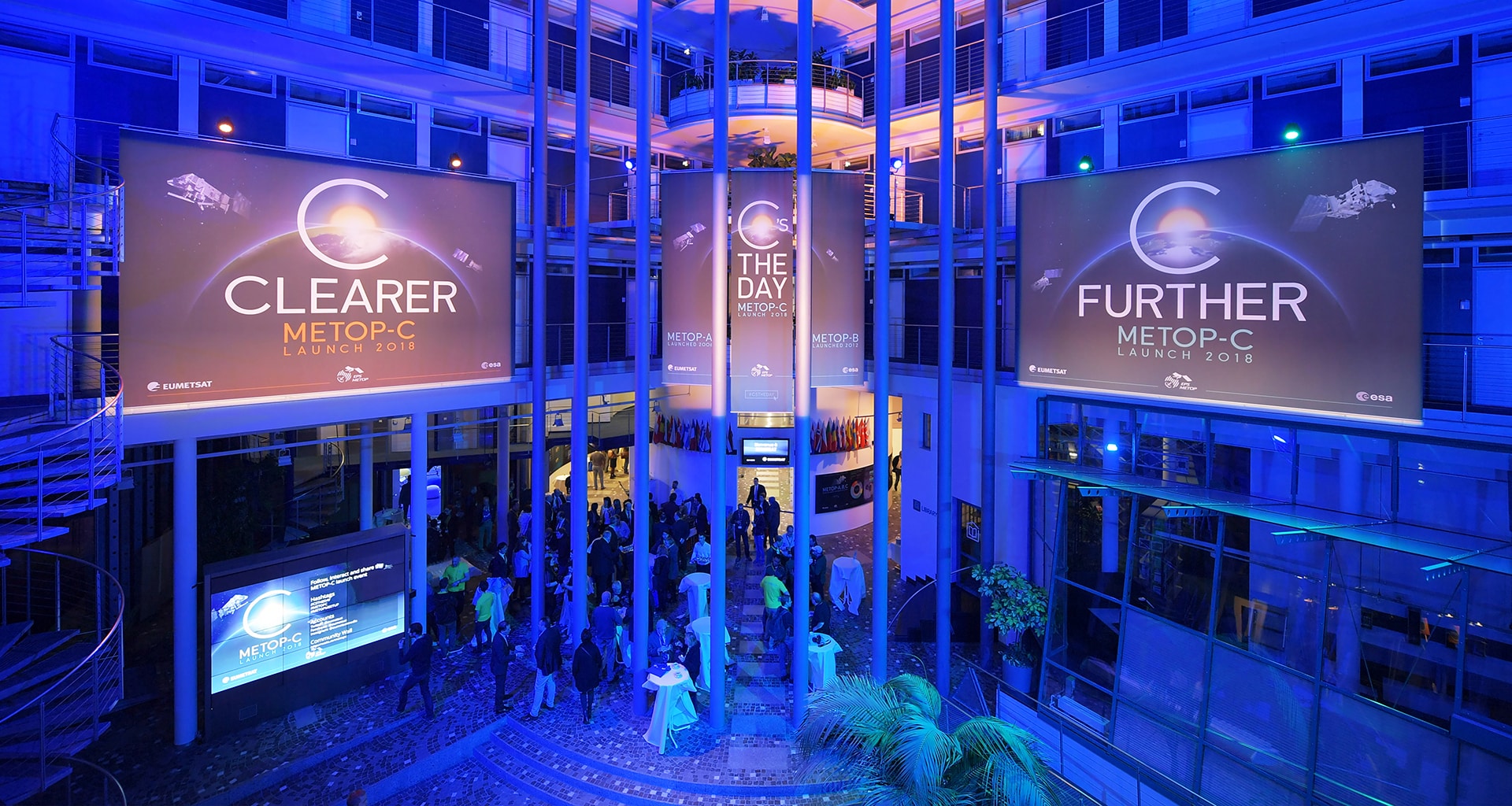 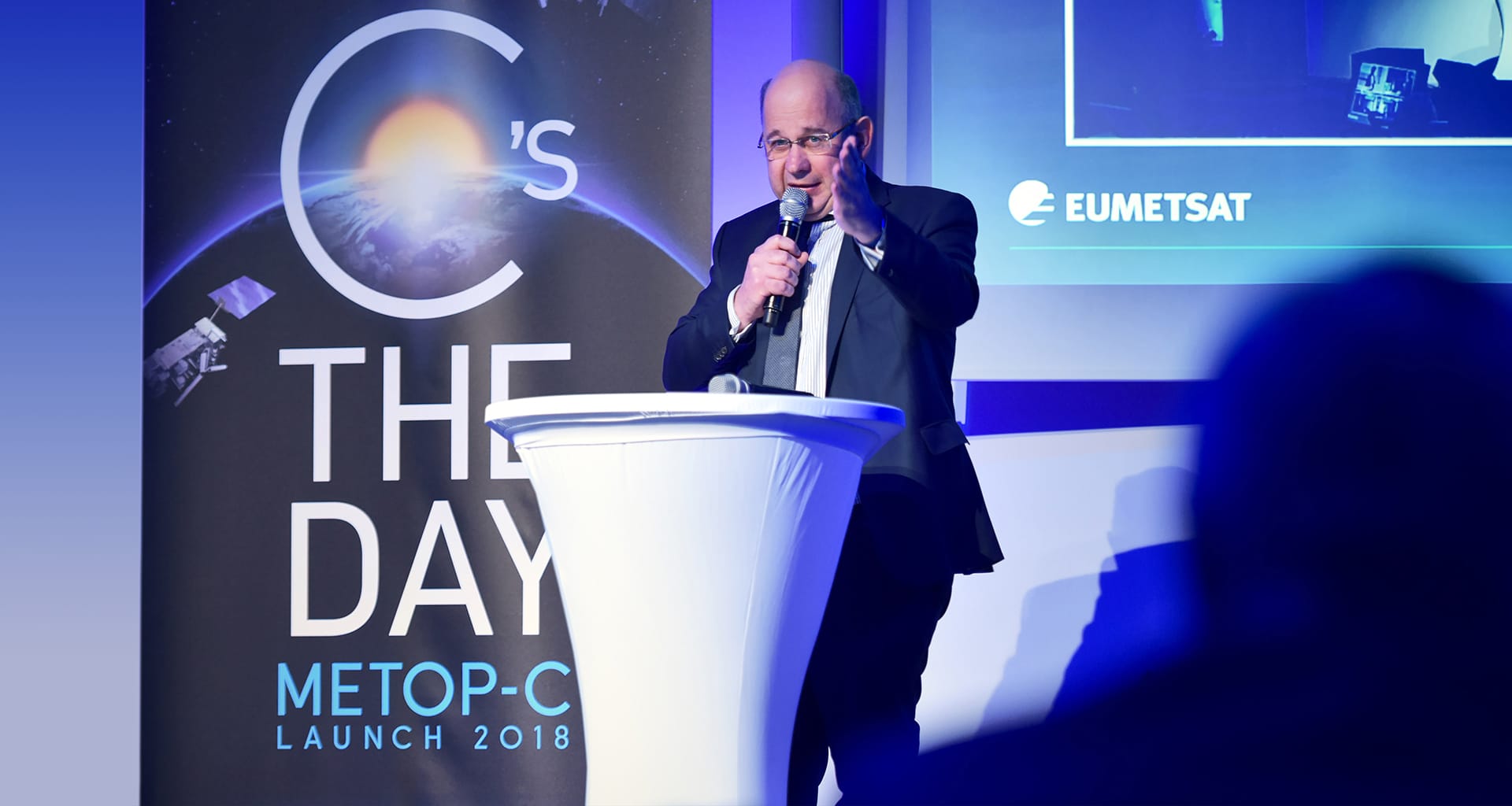 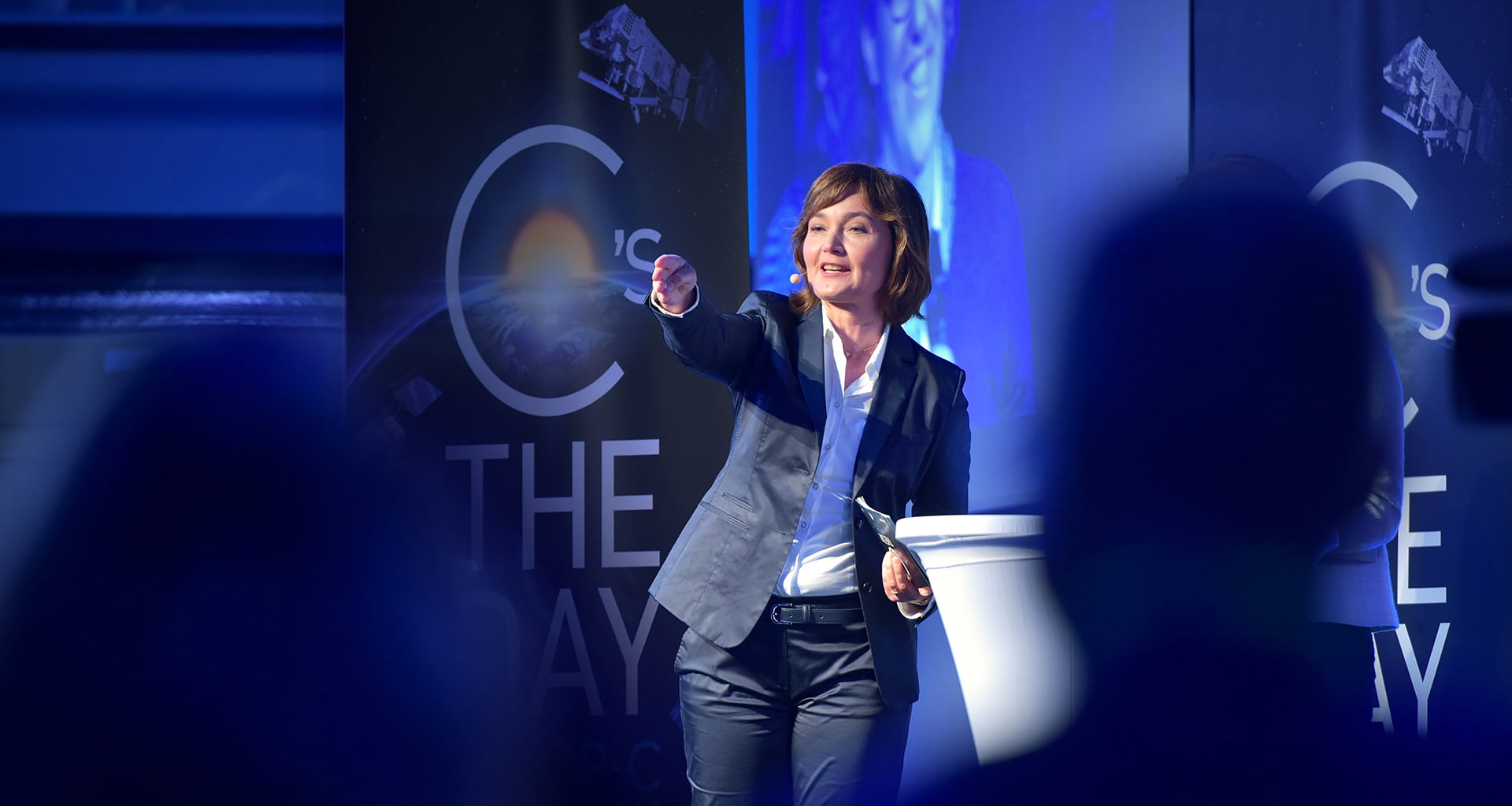 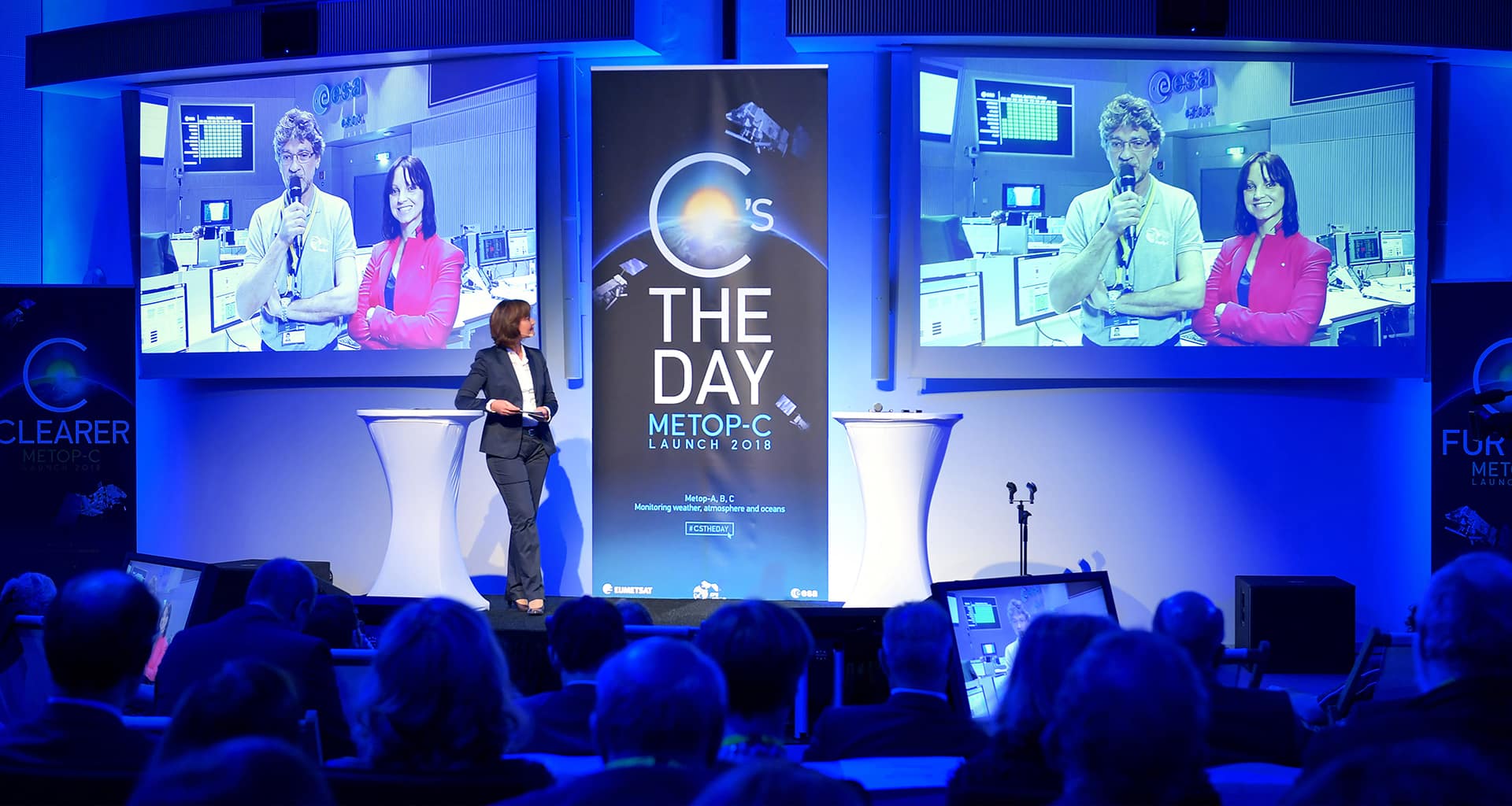 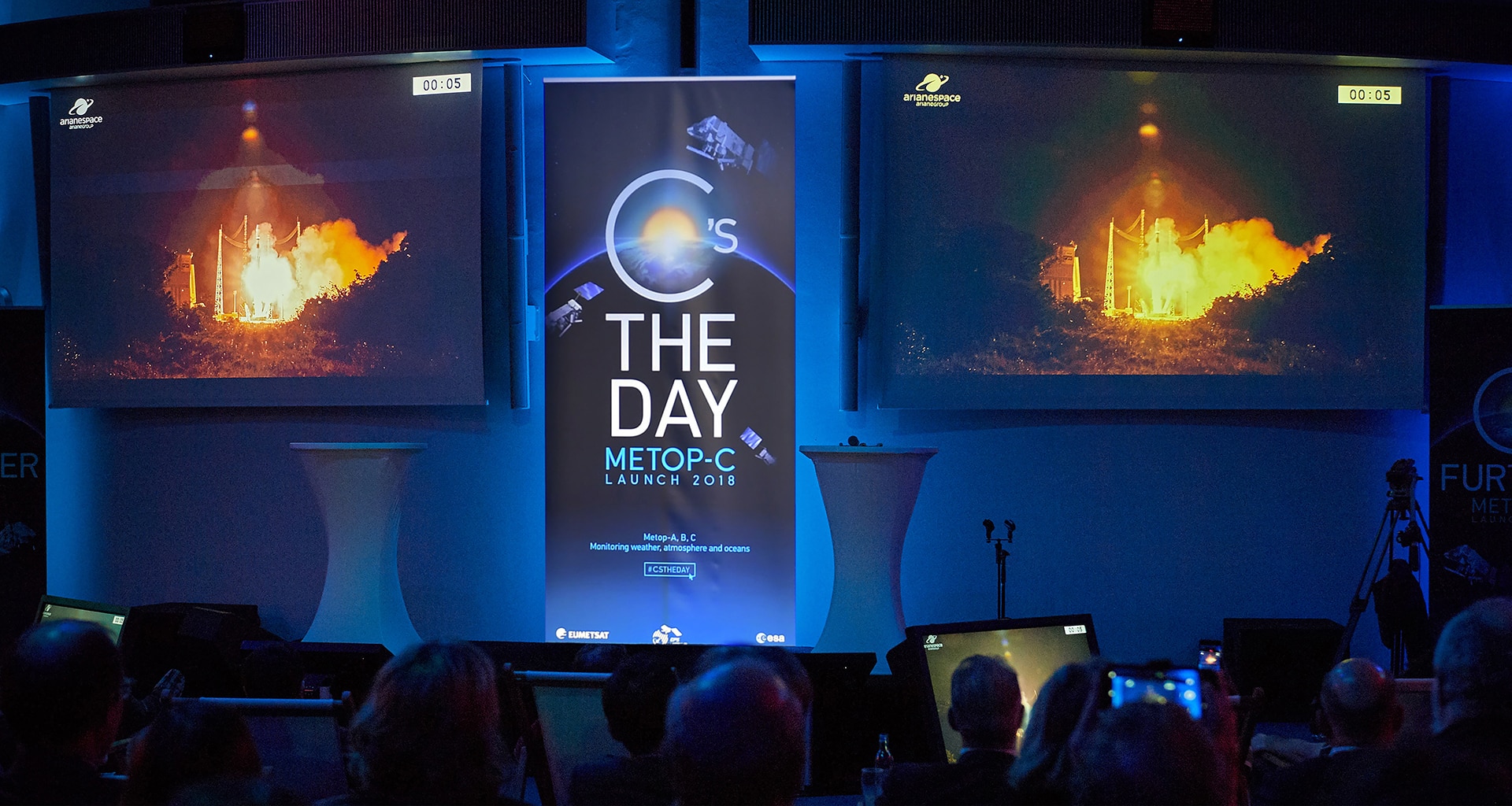 In 2018, the Metop-C satellite was launched to become part of a 3-satellite constellation. The launch of such a complex state-of-the-art system brought together some of the world’s leading engineers and scientists.

OSC was engaged to develop a comprehensive branding campaign that would build anticipation for the launch date. The objective of the campaign was to position Metop-C as the star of the day, while also highlighting the important role that EUMETSAT plays in sharing weather and climate data with the world.

It was important to build a sense of excitement around the huge significance of the launch date. For the event, we asked everyone to “seize the day” – as this was a profound and momentous occasion.

Various locations within the EUMETSAT headquarters promoted the launch. The atrium entrance’s 360-degree curved interior design was the perfect medium to capture the timeline of EUMETSAT’s achievements.

On launch day, the program rollout also included a social media countdown that was promoted with the hashtags #CTHEDAY and #METOPC. The multi-media campaign was also supported by animated videos, targeted advertising, and a series of interactive events.

The overall creative impact was an astounding success and the campaign built a solid engagement between the EUMESTAT brand and Europe’s scientific community.

“Not only does Chris bring additional insight and a creative approach to the EUMETSAT brand strategy, but his wealth of international experience and unwavering energy and passion for delivering the best result is something money can’t buy. He has a great ability to look at the bigger picture and make sure what we do works with our overall strategic goals.”