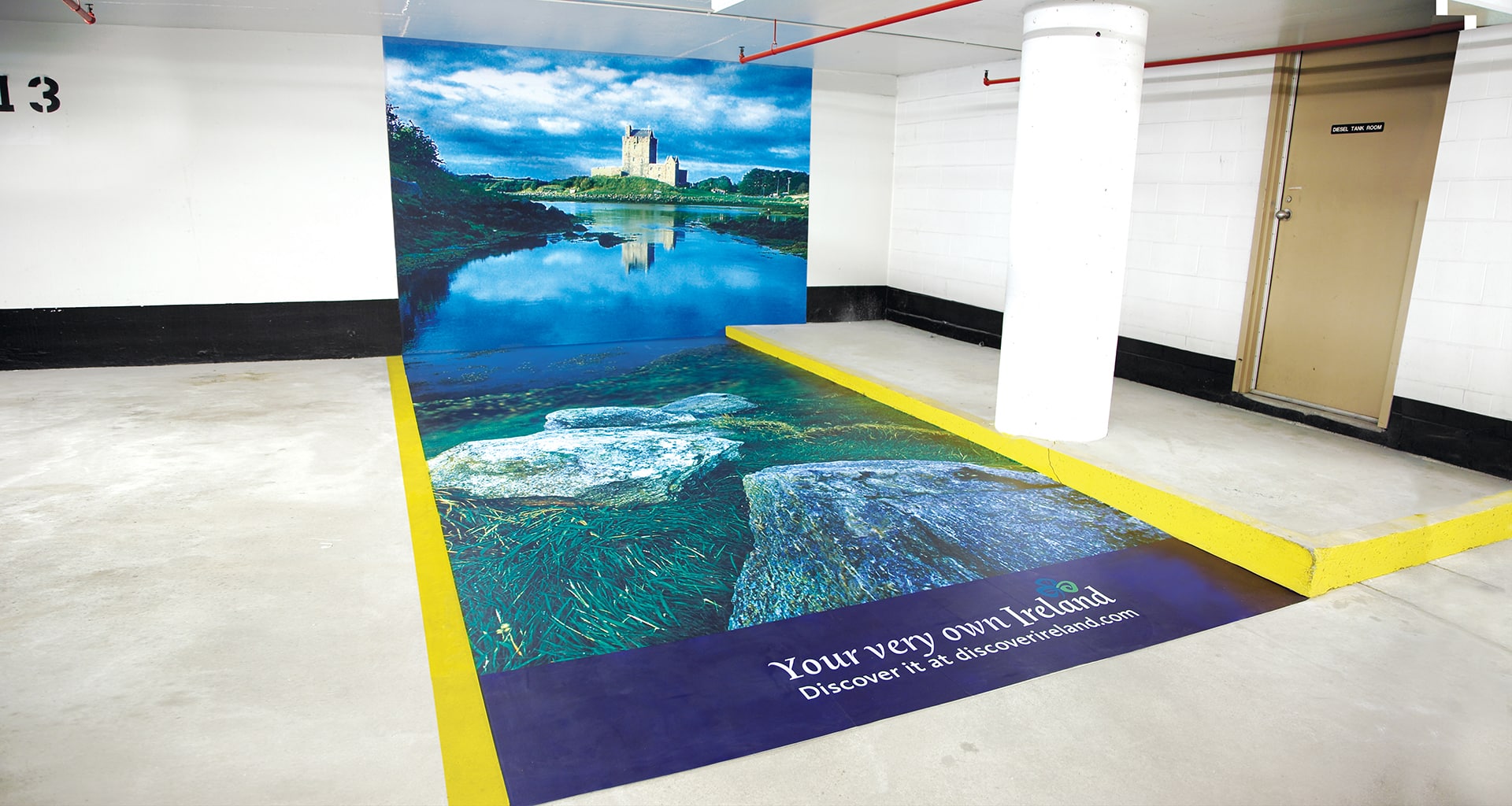 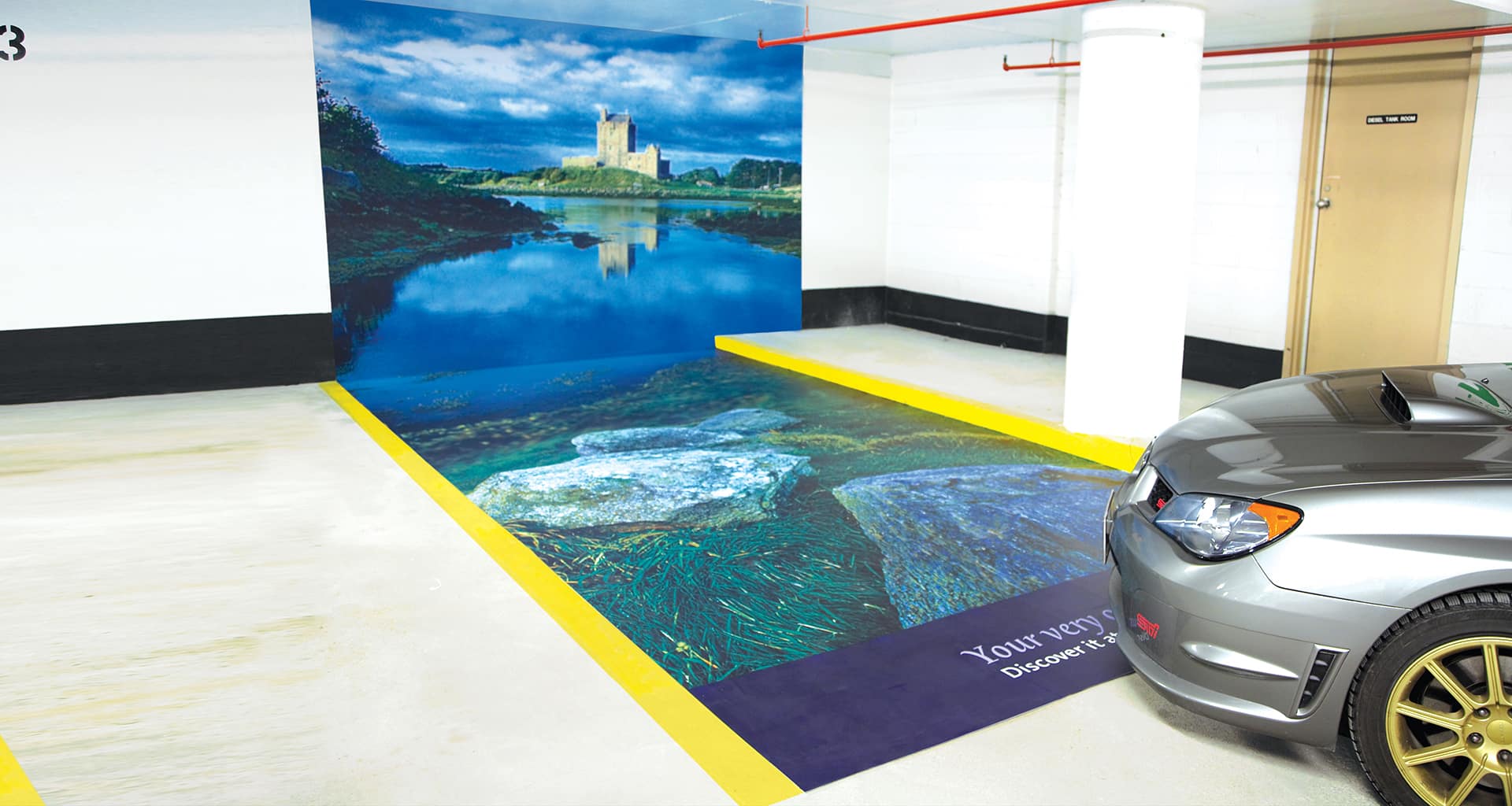 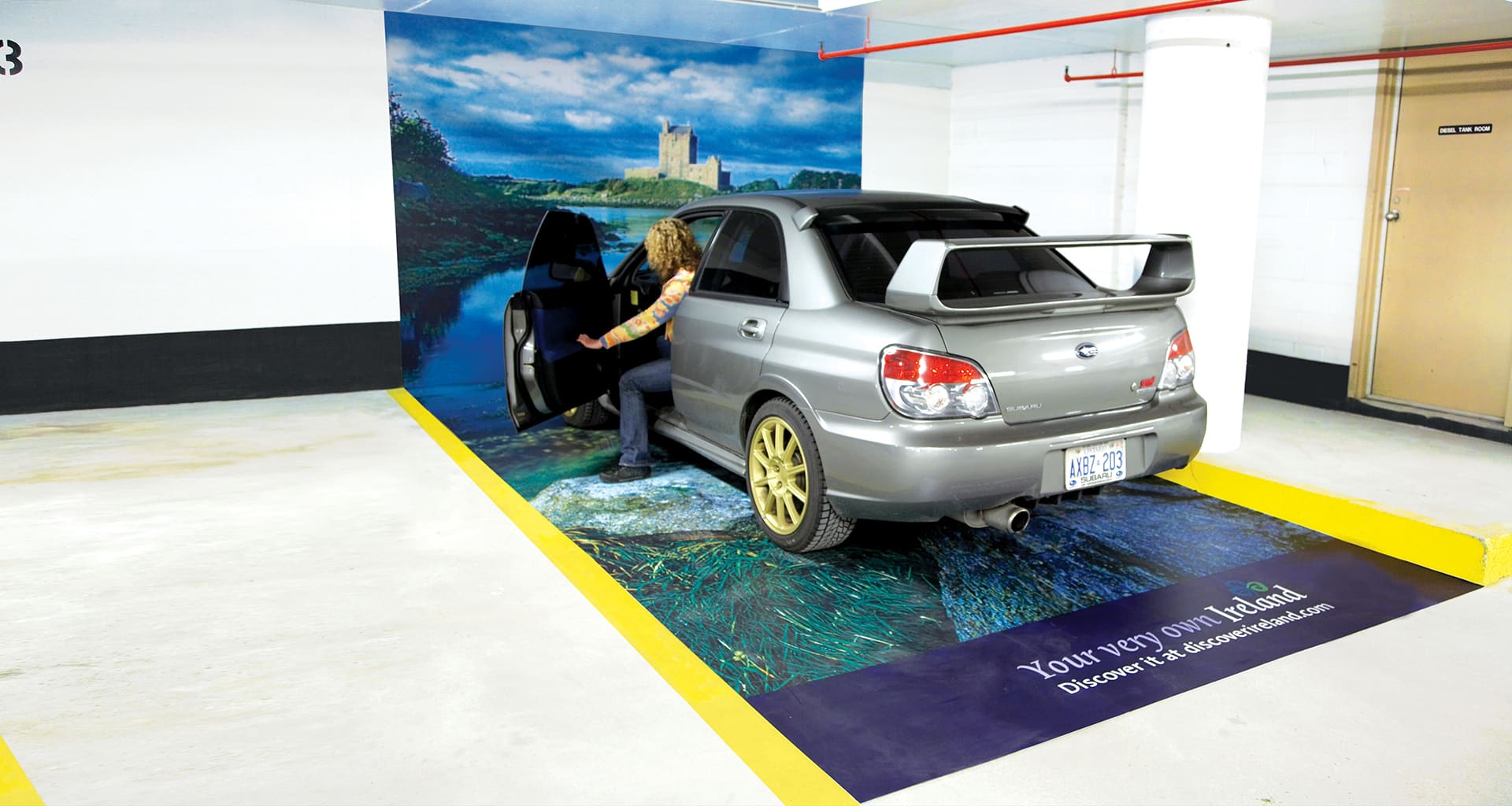 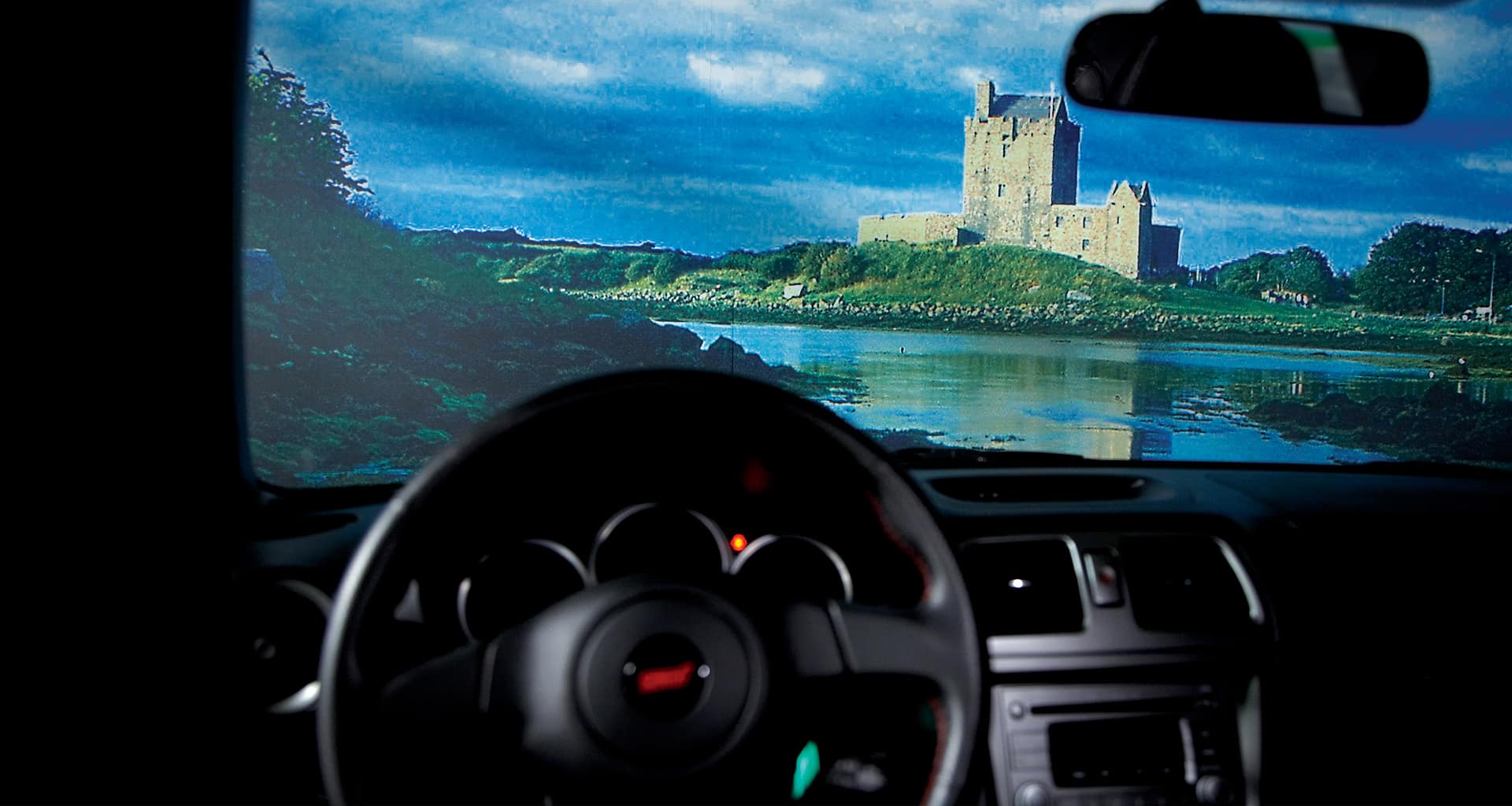 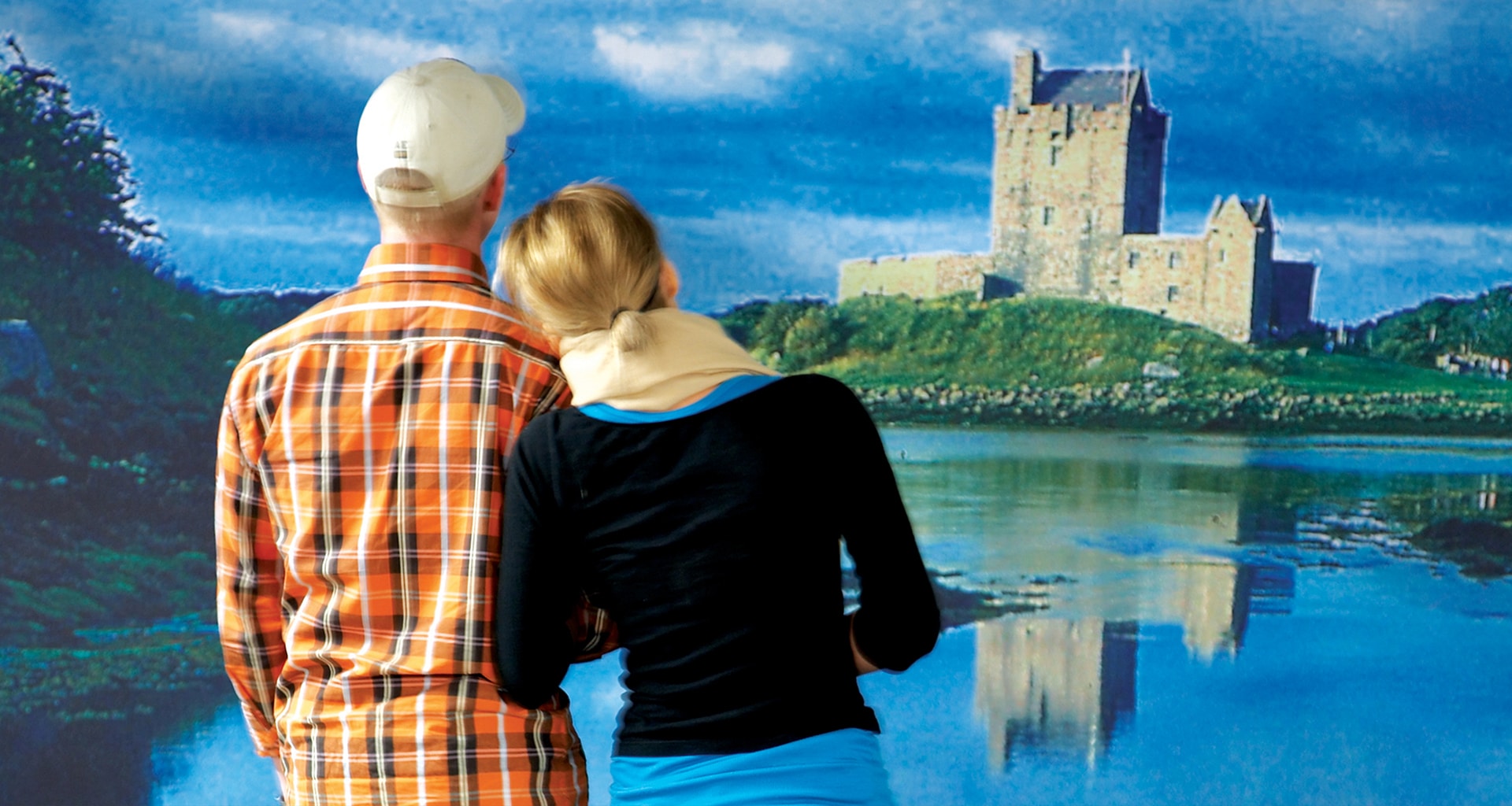 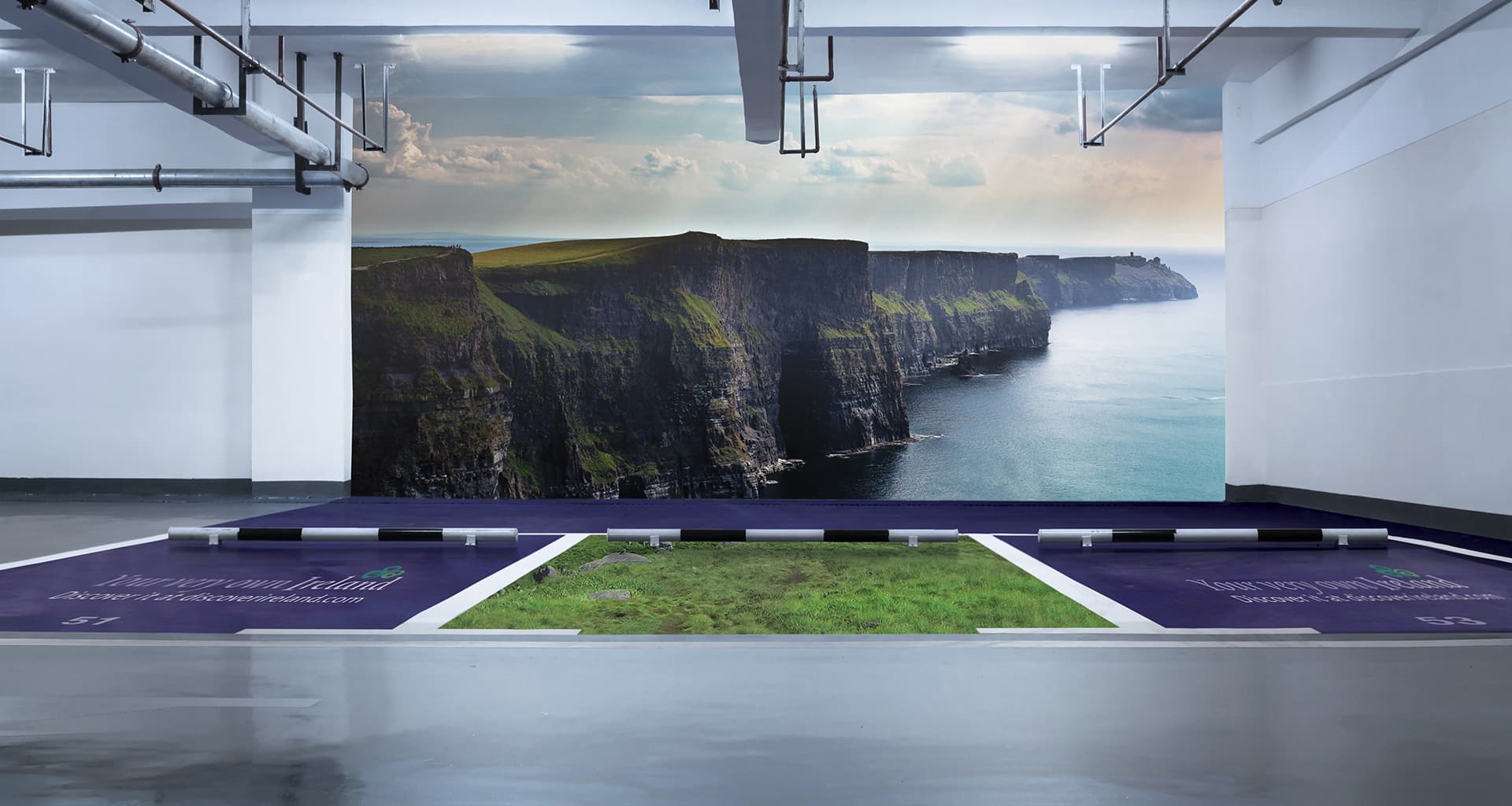 Tourism Ireland is responsible for marketing the island of Ireland overseas as a holiday and business tourism destination.

While living in Toronto, Chris was tasked to work with the Canadian branch of Tourism Ireland to develop a campaign that would promote Ireland’s breathtaking landscapes.

Wanting to do something completely unexpected, Chris proposed to create strategically placed advertising on the front and floor of regular car parking spaces. This wildly creative approach surprised and engaged commuters in a well-trafficked underground parking arcade, where advertising is not traditionally expected.

The campaign gave Tourism Ireland increased visibility during the early winter months when travel plans are confirmed and booked.